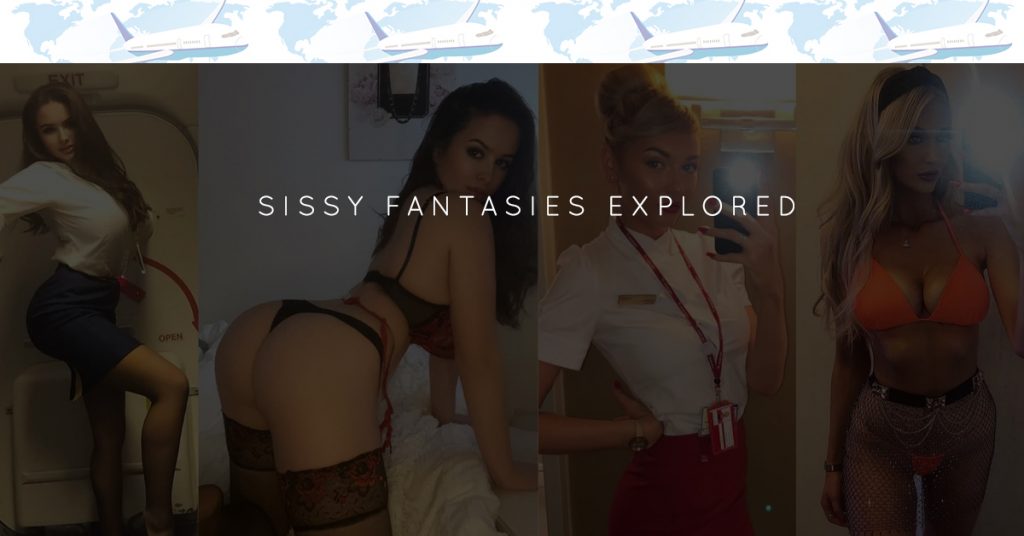 Do air hostesses wear stockings or is it just a sissy fantasy?

Unlike many of the sissy tropes that dominate our collective imagination (such as the French maid), there really are thousands of pretty flight attendants in the world who wear stockings under their uniforms.

And just in case you don’t believe me, here’s the evidence…. 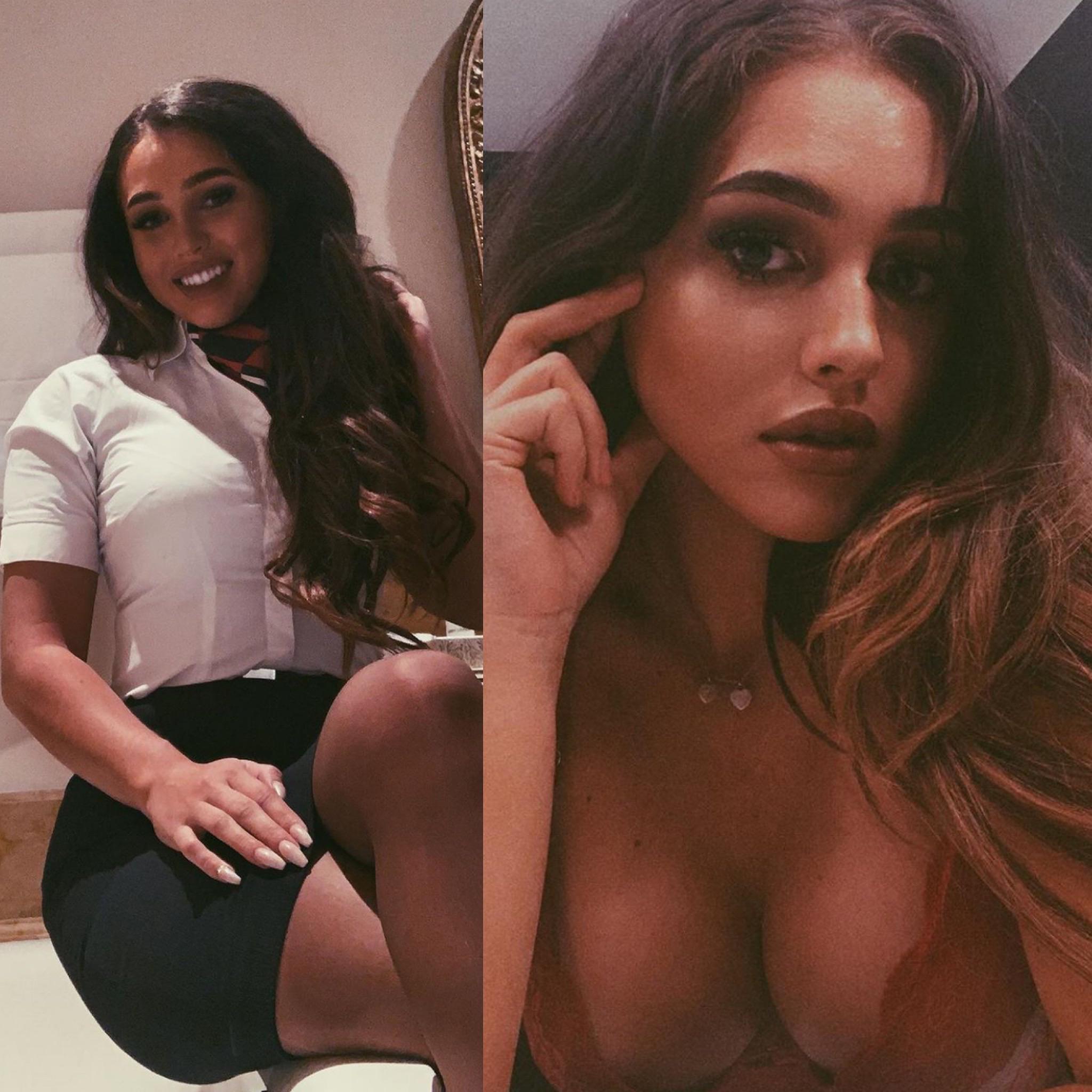 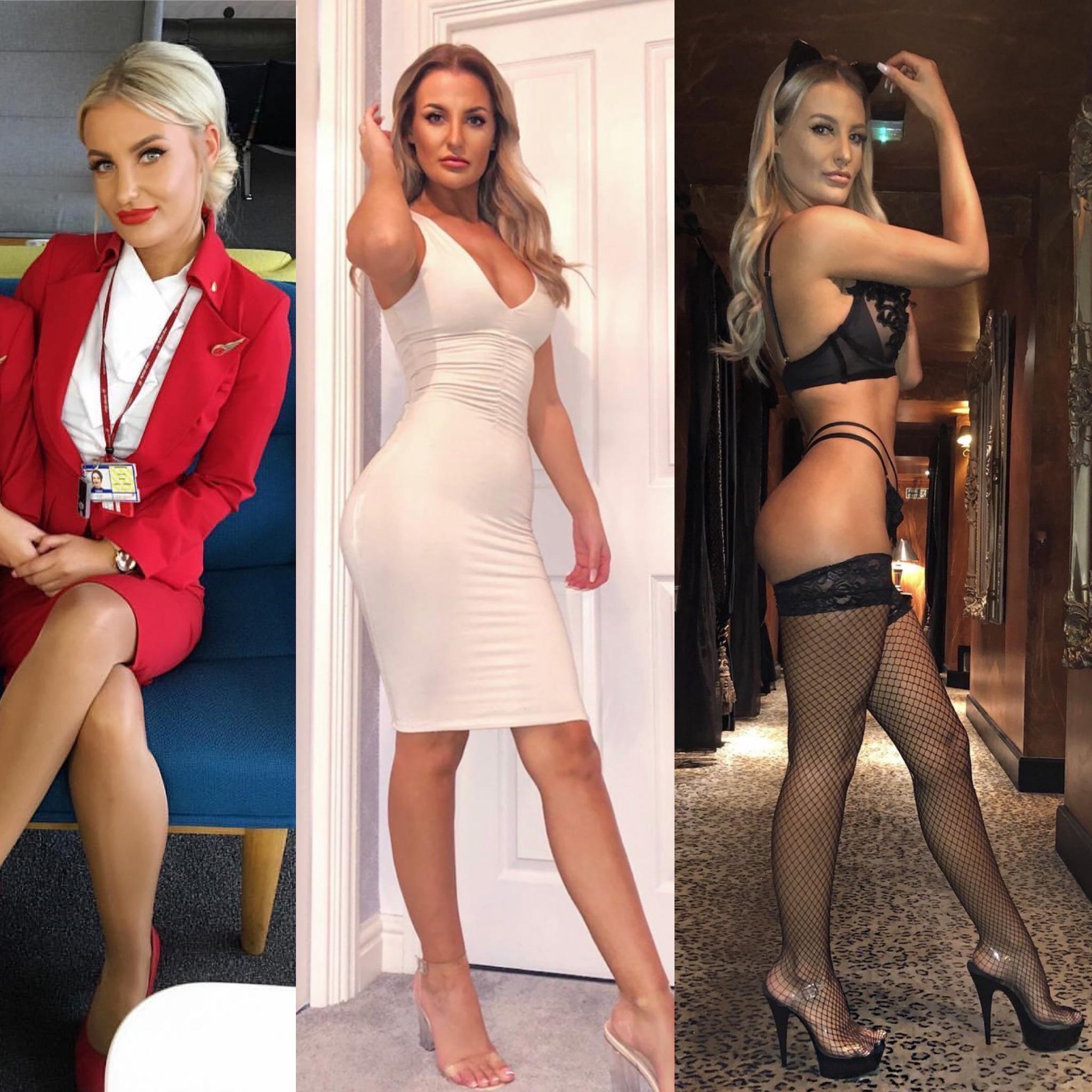 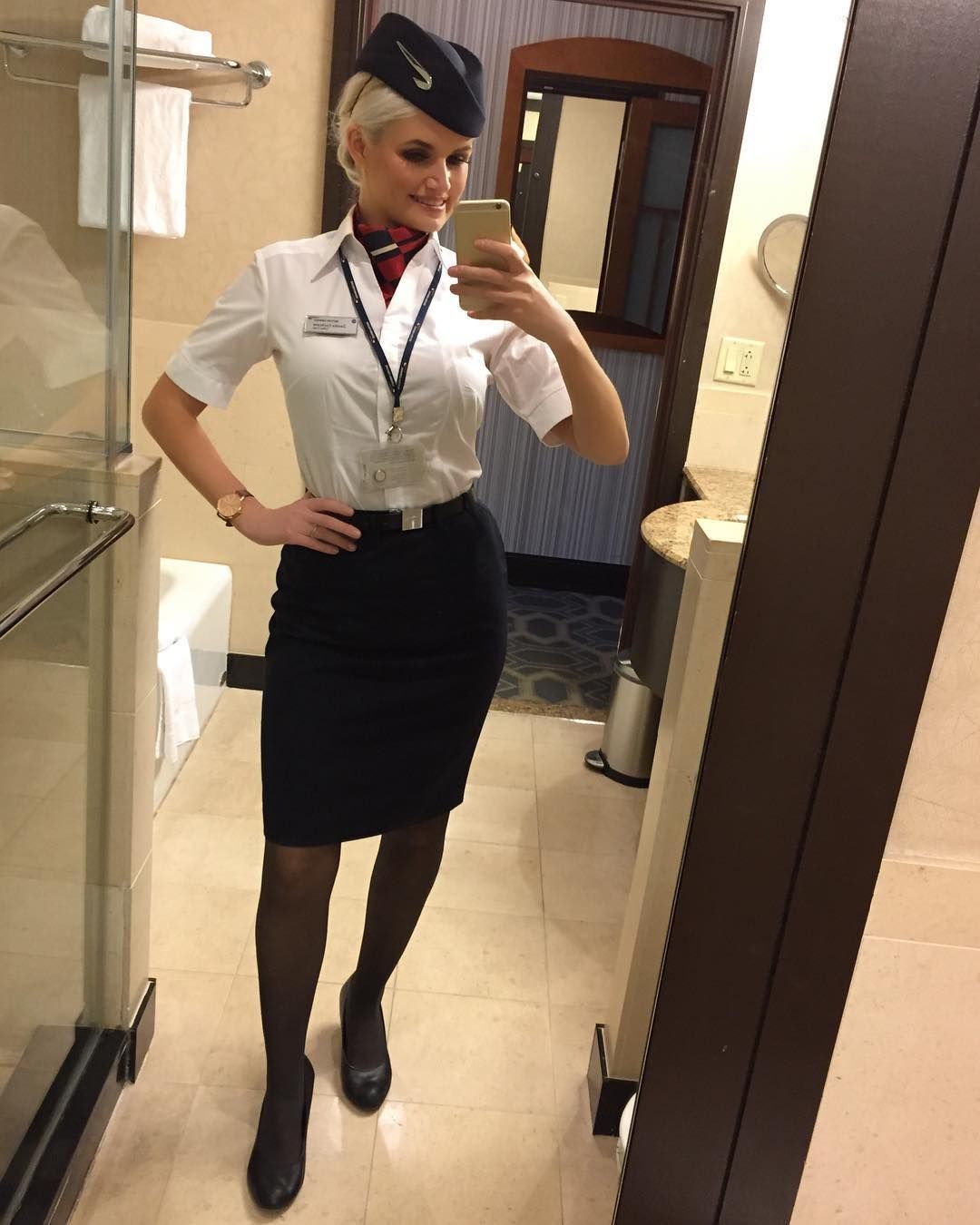 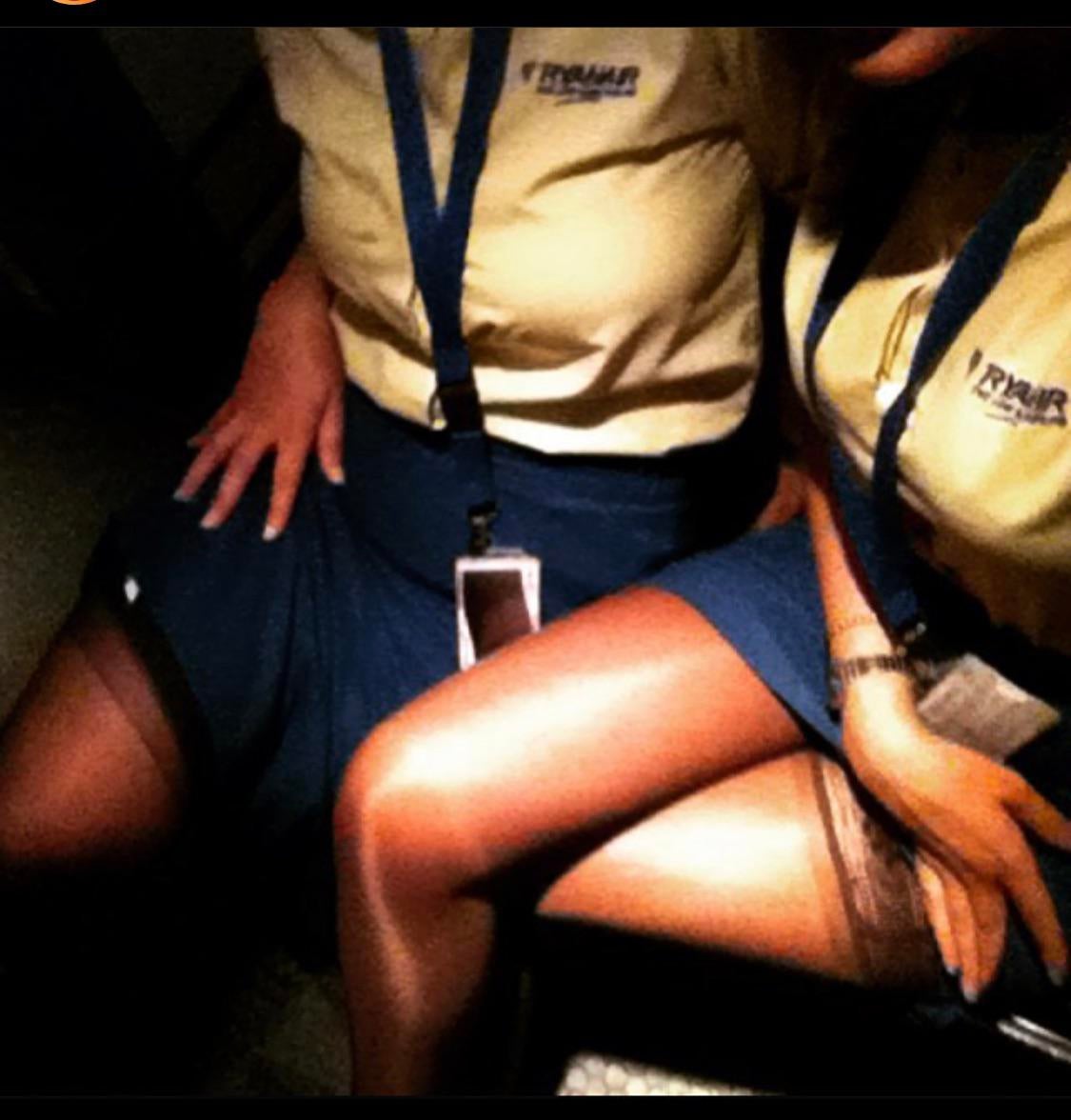 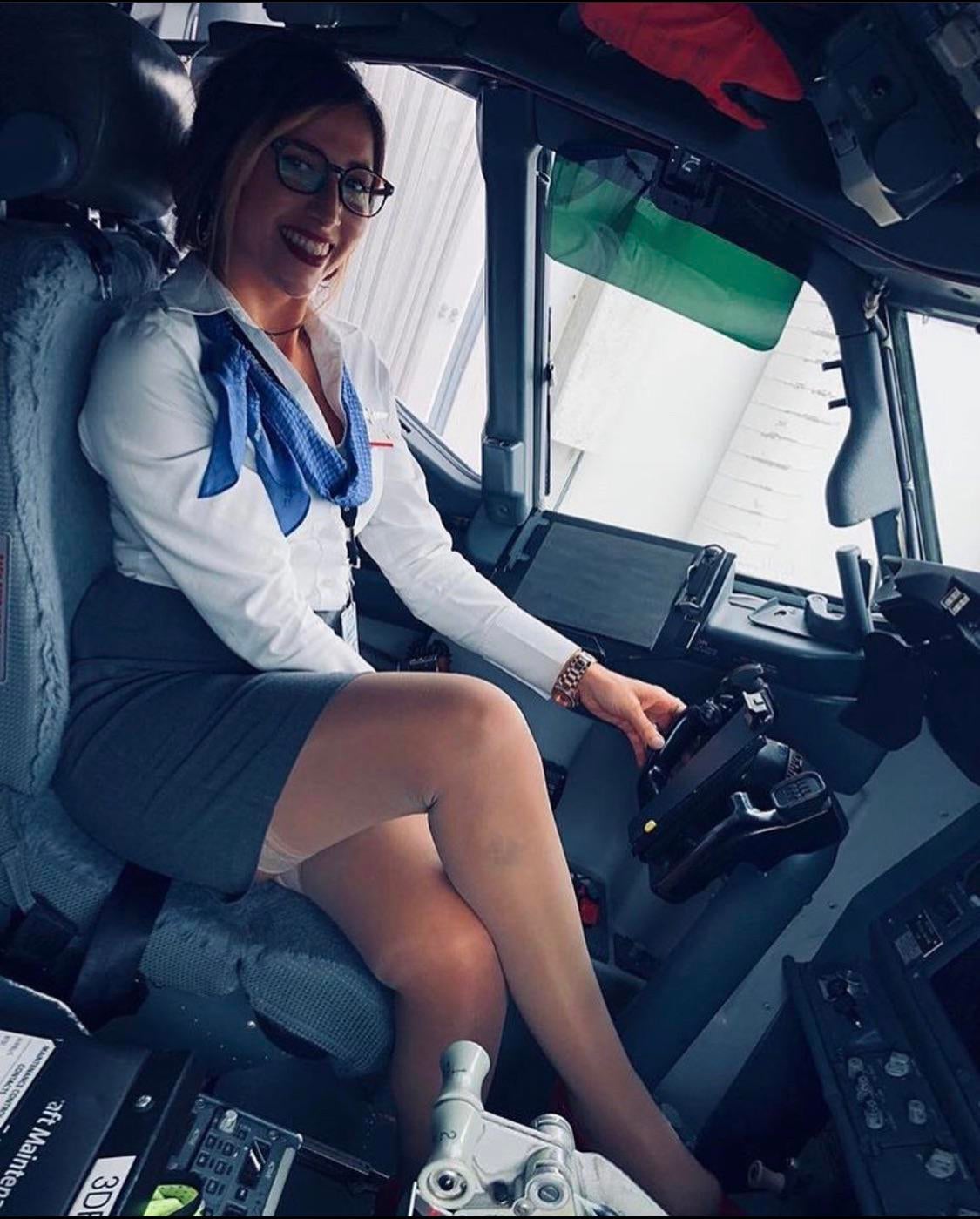 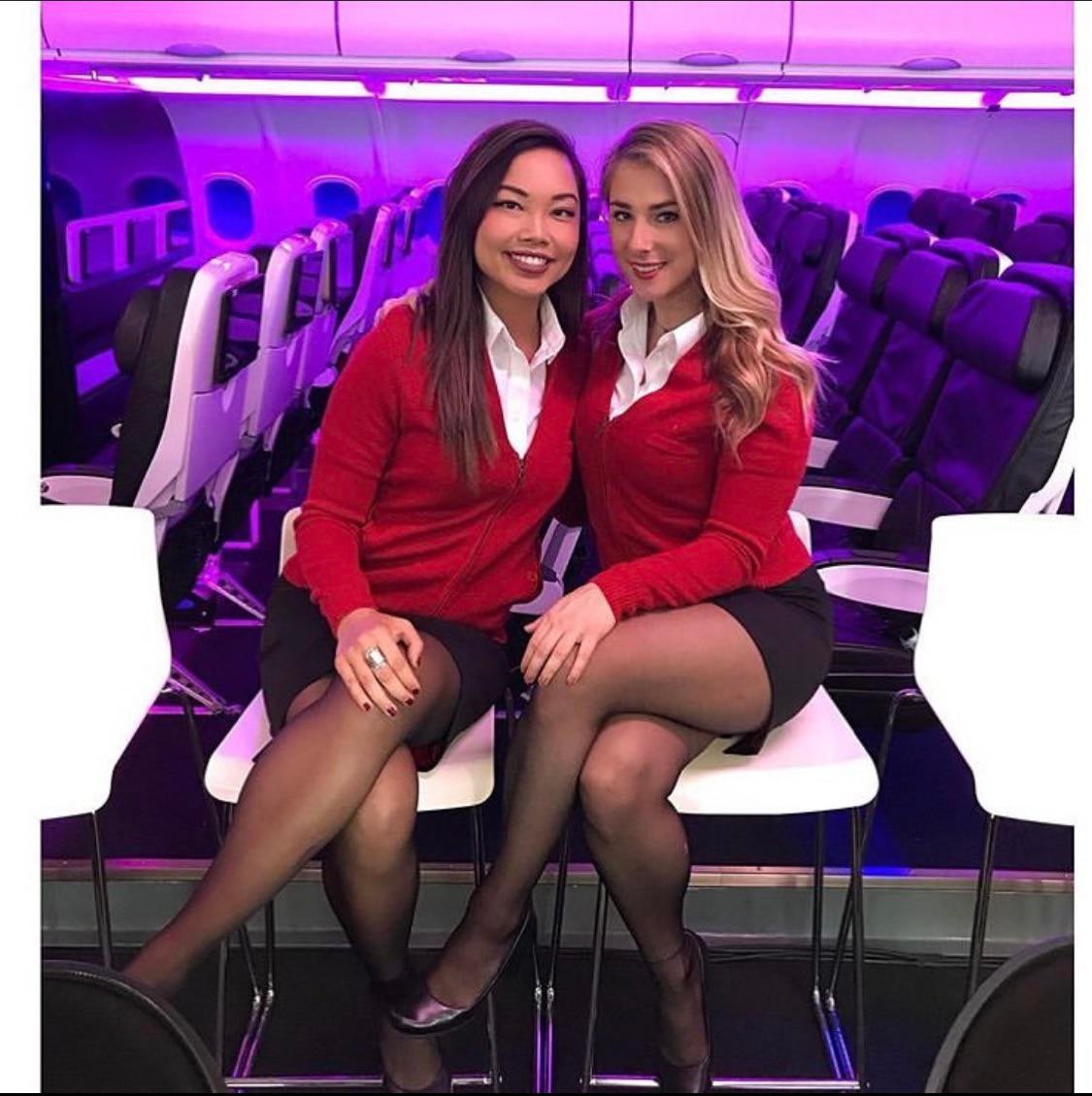 Do flight attendants know that men are into their uniforms and stockings?

Even if an air hostess is naïve and young when she starts the job, she soon discovers the male fantasy concerning their hosiery/uniform. This usually happens in a number of ways… 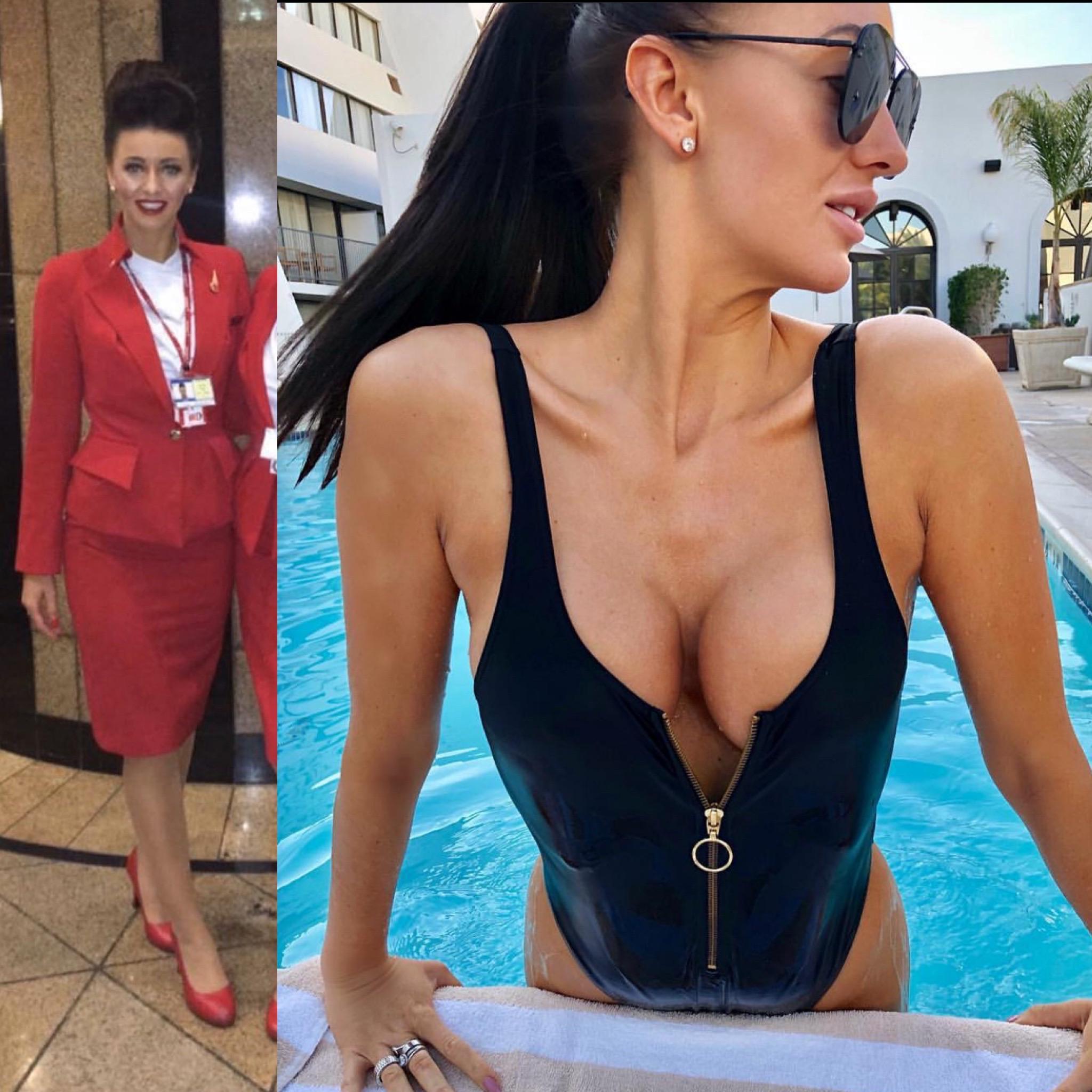 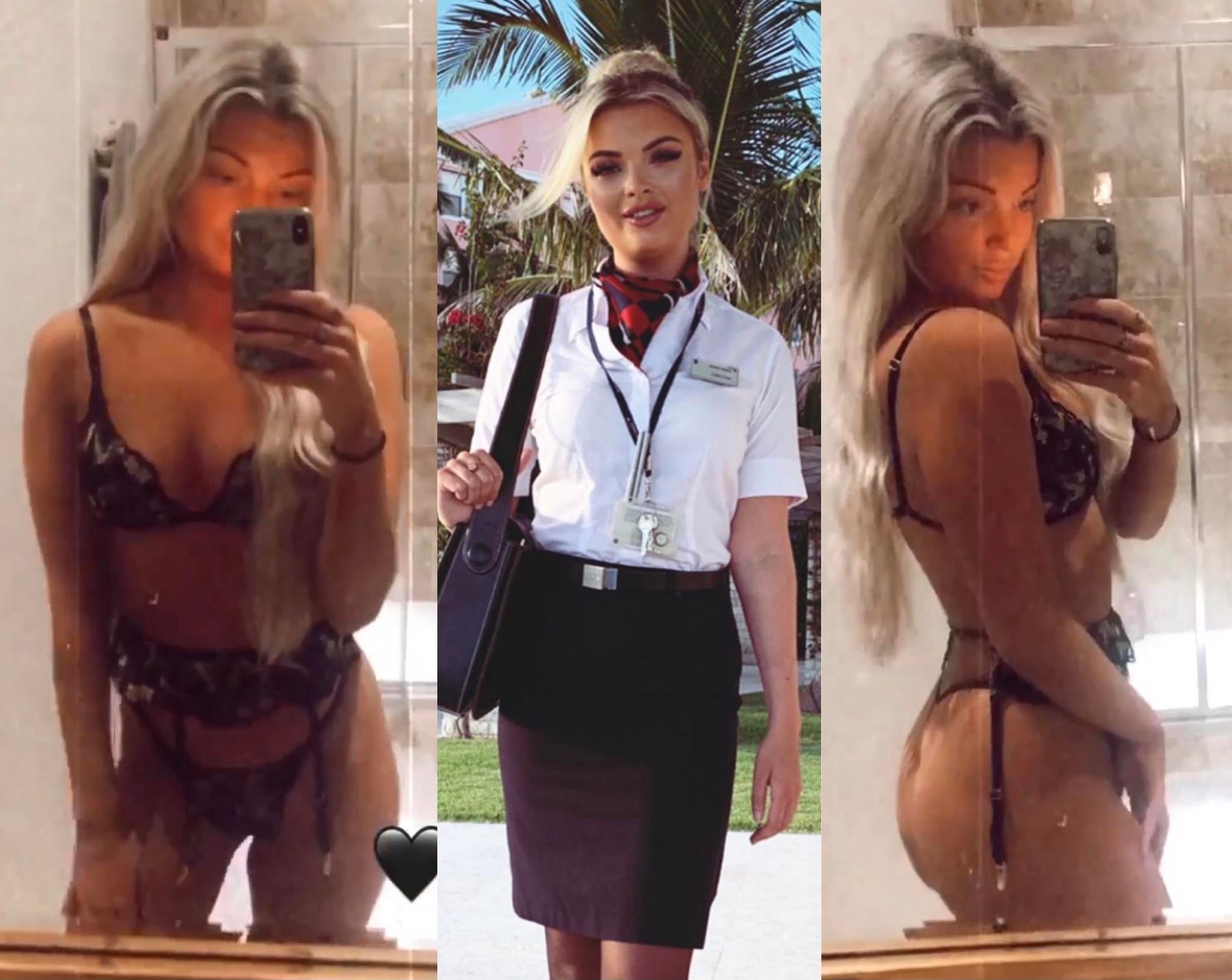 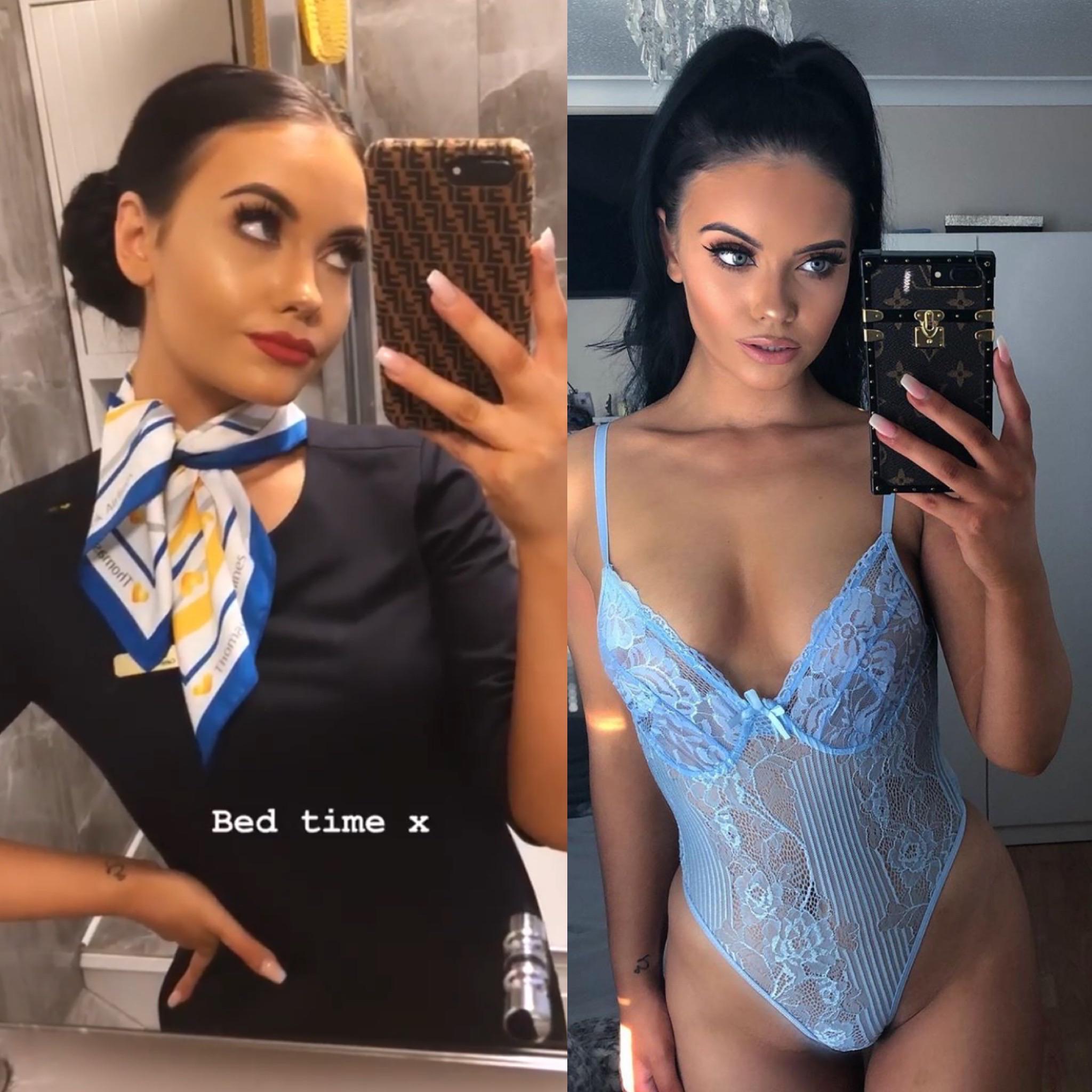 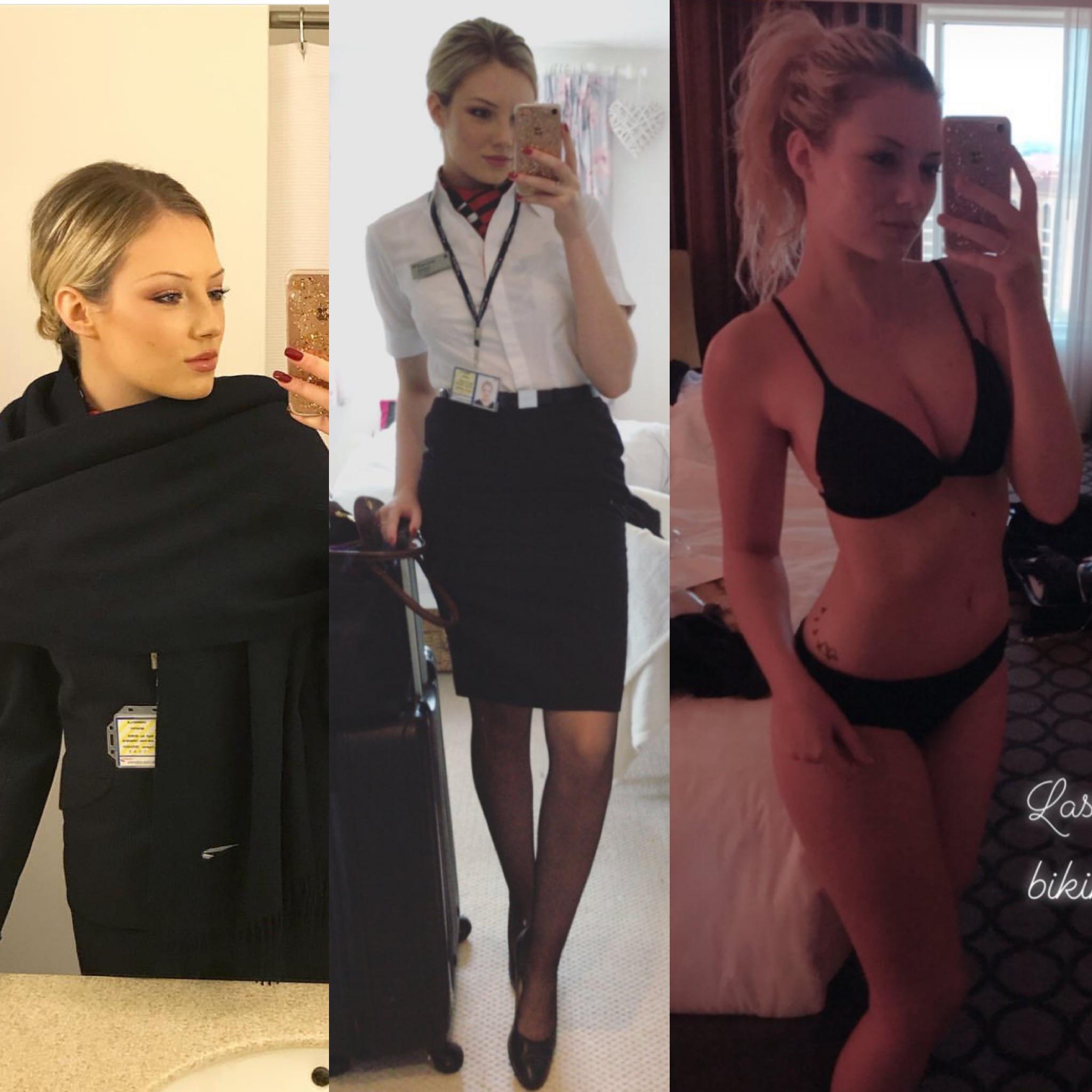 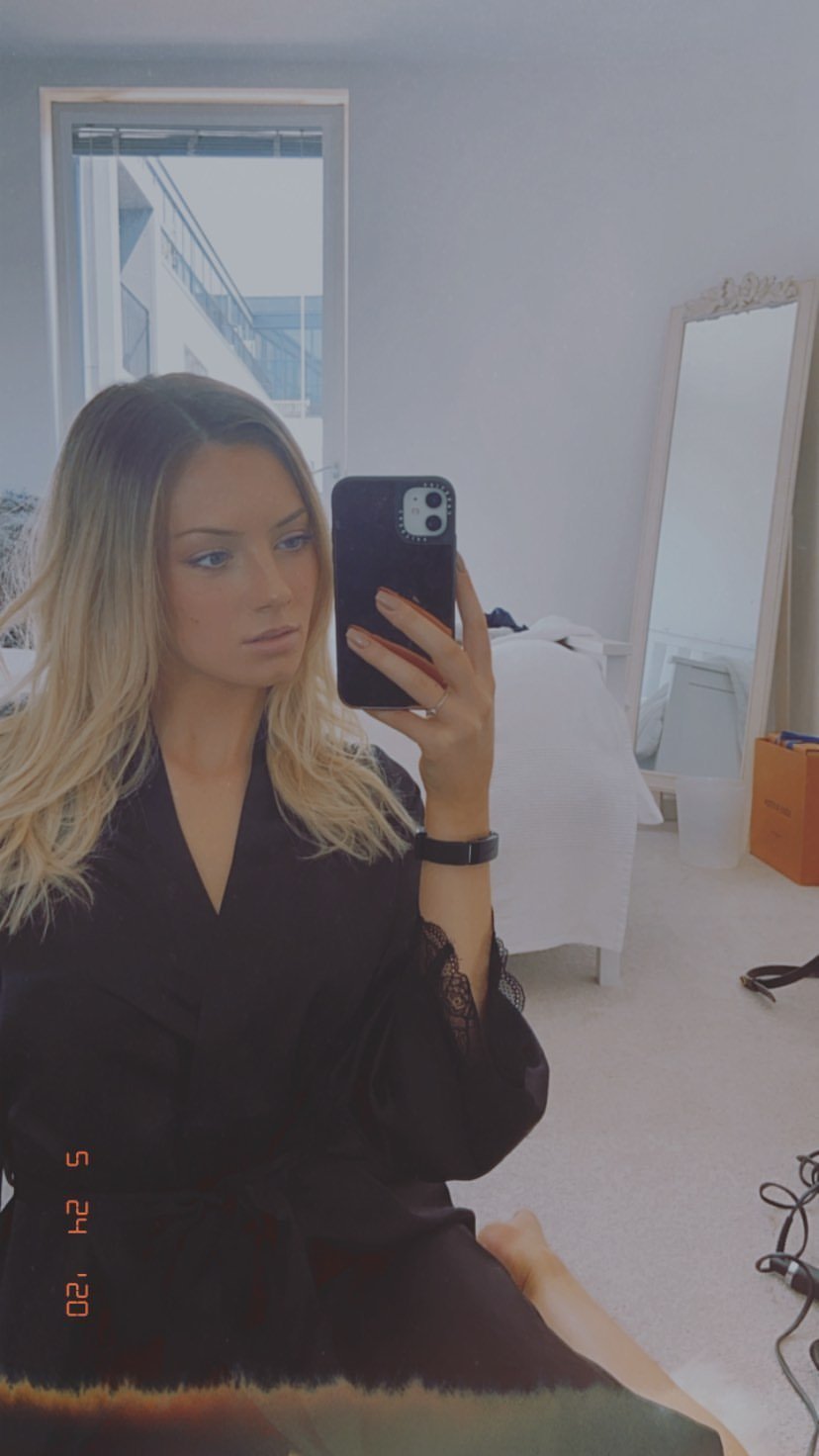 So why do they wear stockings if they know it drives men wild?

Some flight attendants like the fact that it turns men on, and that’s part of the reason. There’s an increasing amount of flight attendants on social media who post photos of themselves in hosiery and lingerie.

However, the large majority wear hold up stockings because they are more practical and cooler than tights, as numerous cabin crew bloggers attest.

A lot of airhostesses choose to wear tights, though, and rather unsexy compression pantyhose (because it improves circulation and decreases the chance of blood clots.) 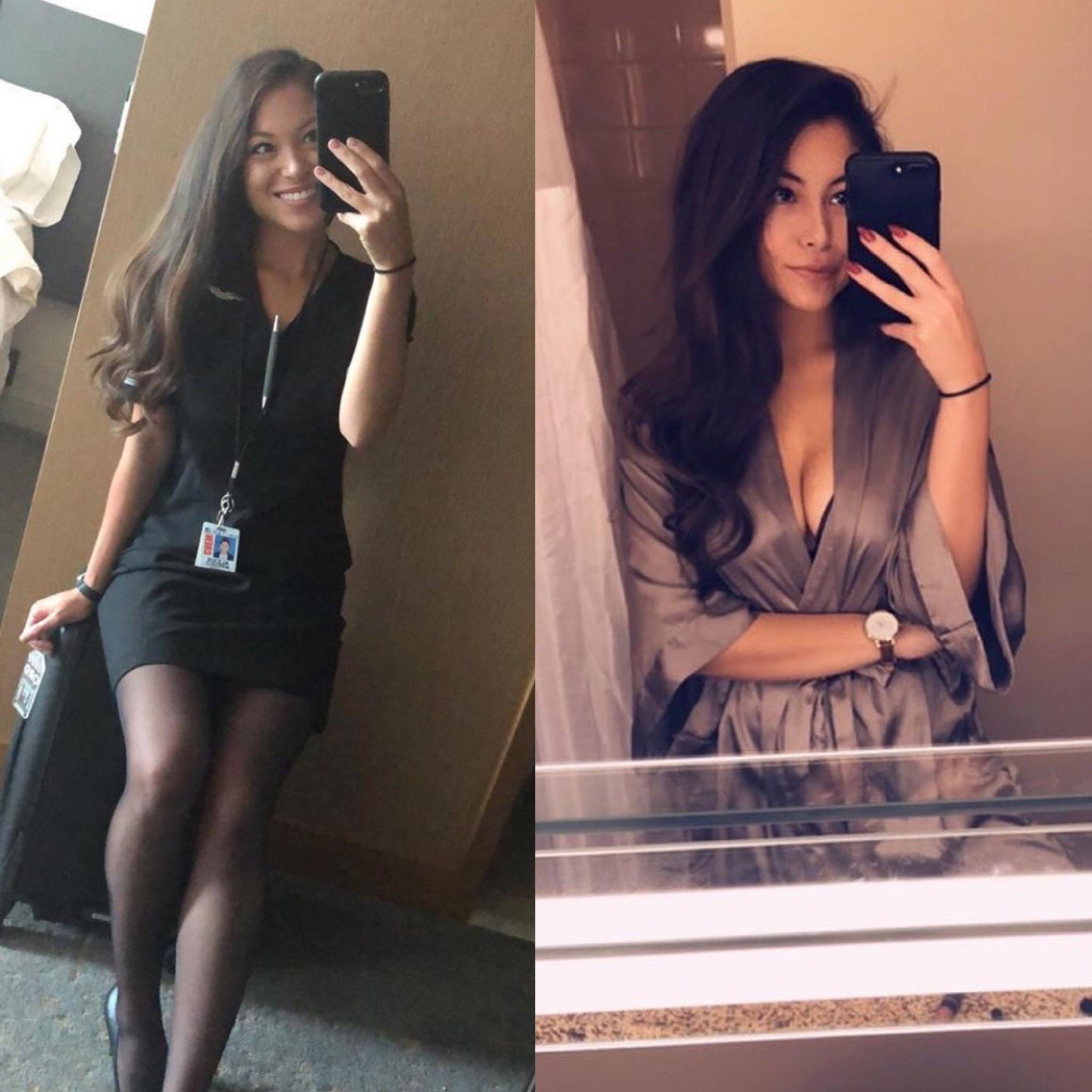 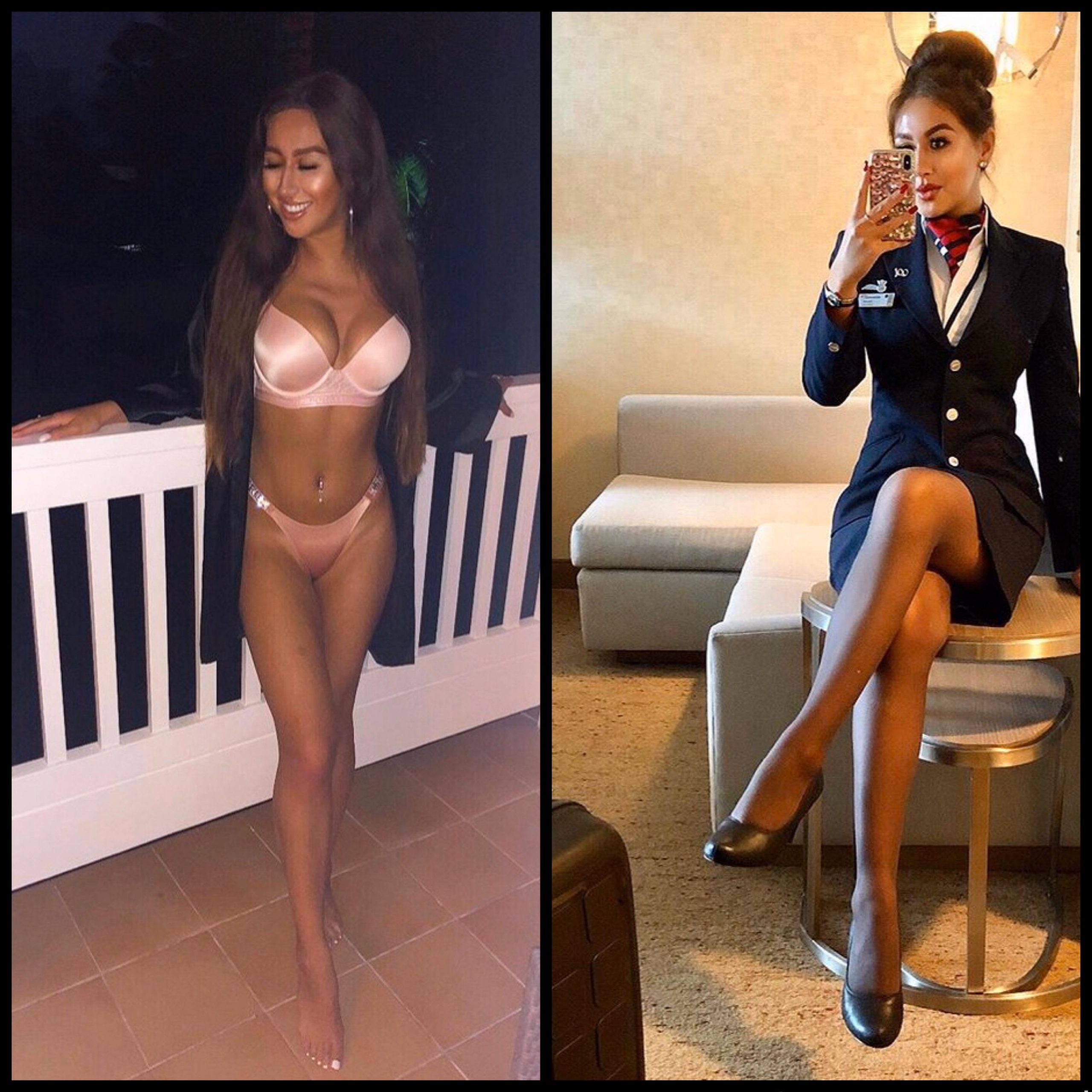 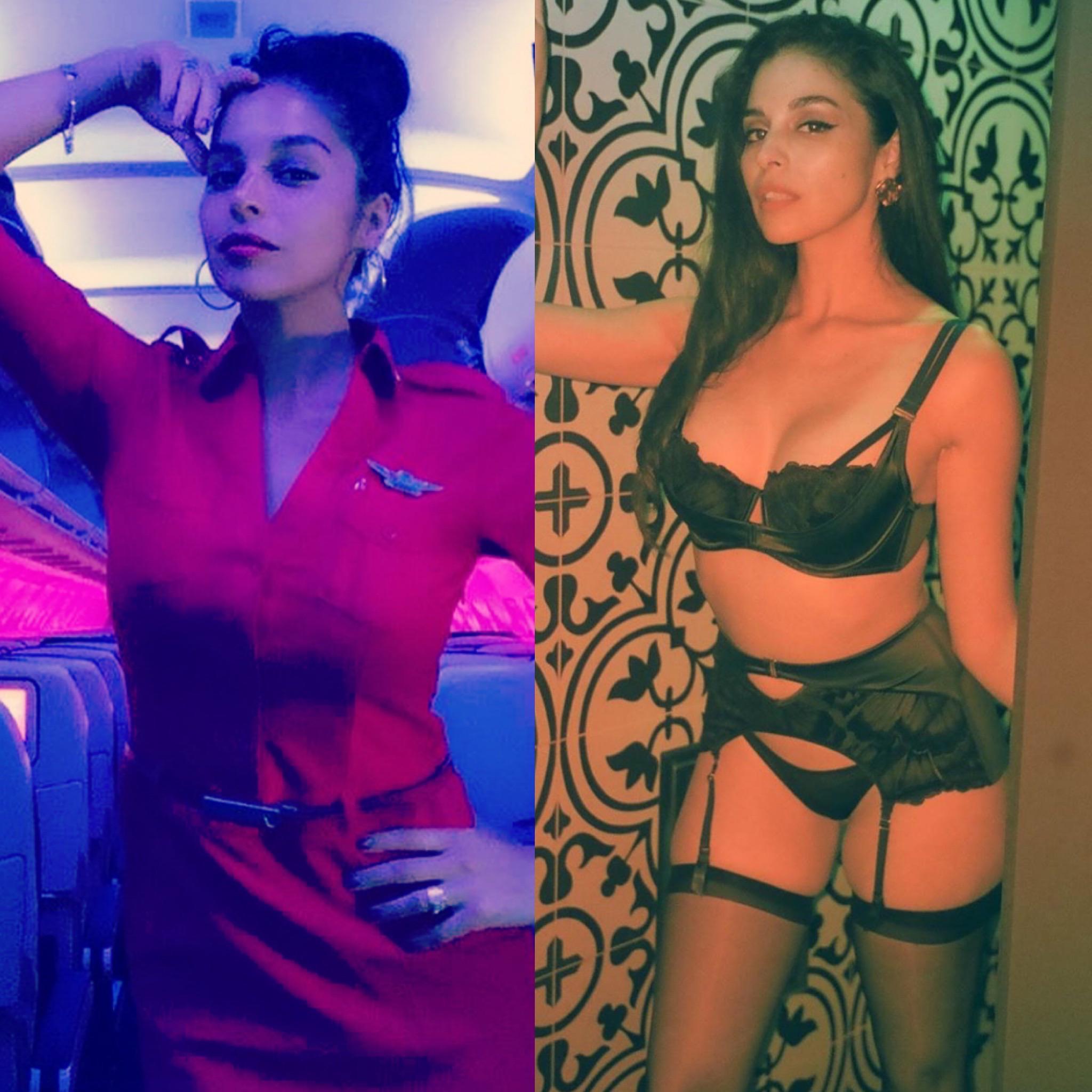 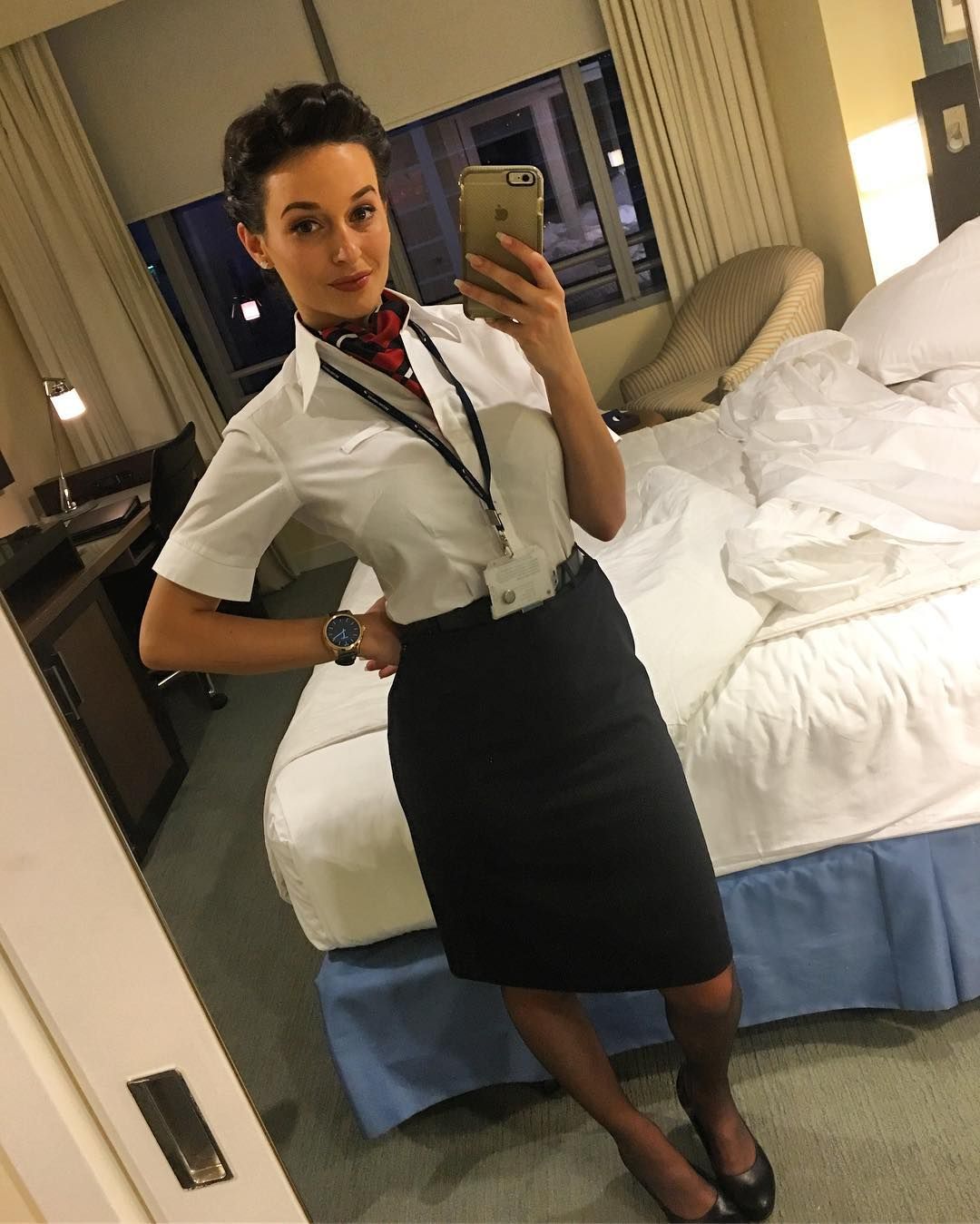 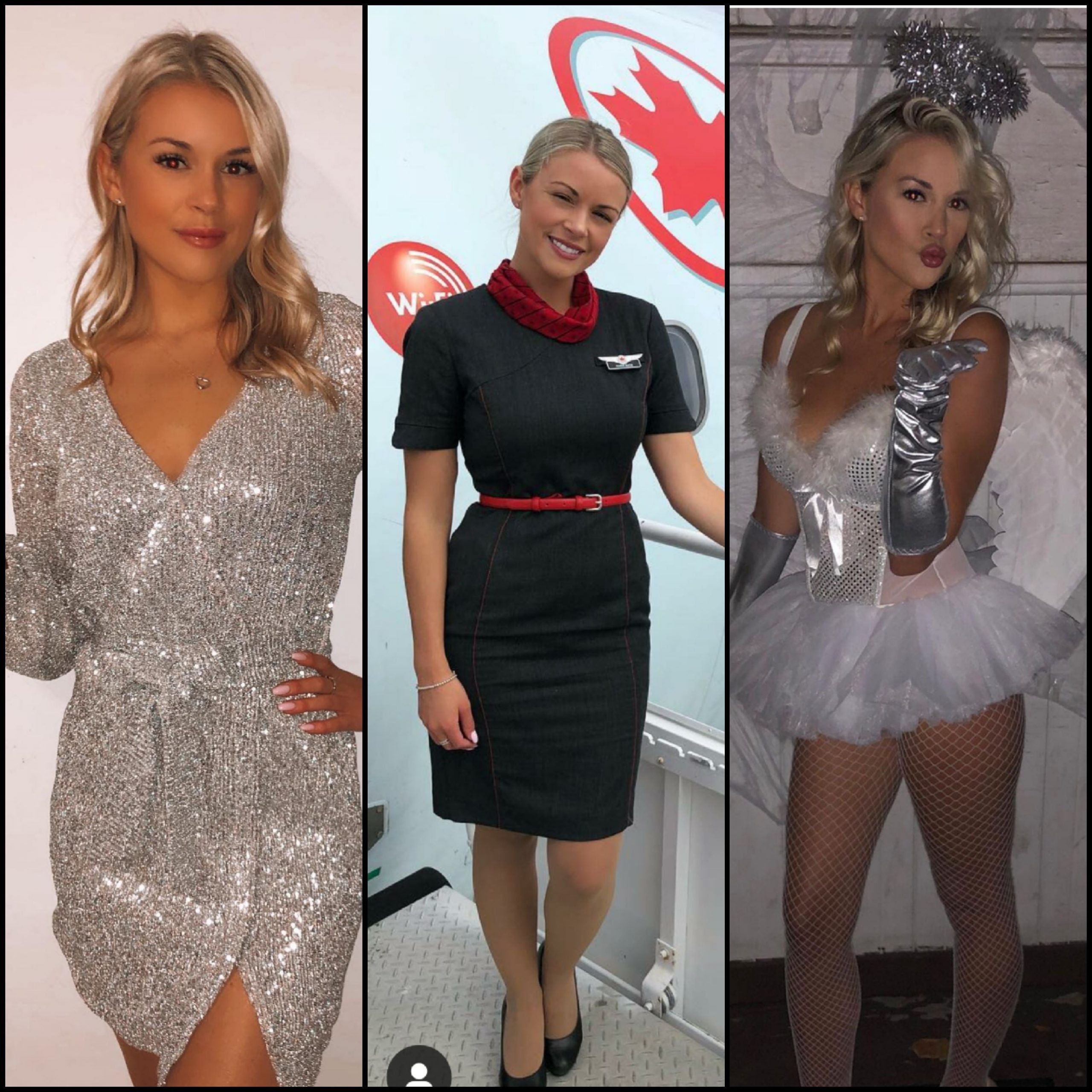 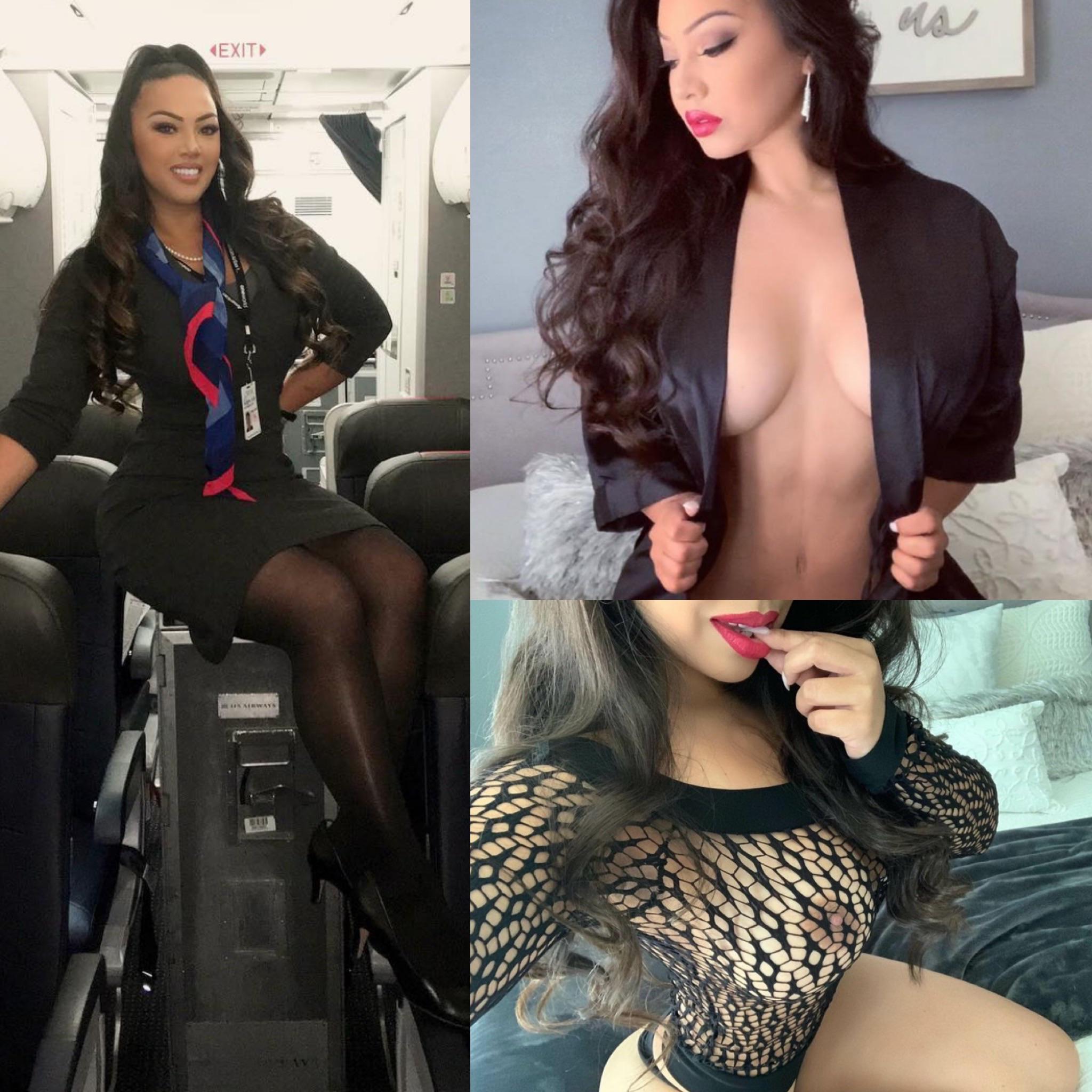 Do flight attendants wear garter belts and suspender belts with their stockings?

If cabin crew girls in stockings wasn’t enough to drive sissies into excitement, there’s still the concept of garter-belts.

Unfortunately, we’ve stepped outside the limits of my personal knowledge here, but it stands to reason that some do. Garter belts serve a purpose apart from getting sissies excited and some women like the security of having their hosiery held up by a suspender belt.

And yes… there will always be some girls who wear a garter belt because it makes them feel sexy.

As far as sexy lingerie goes, we can see from these photos that lots of them like to wear sensual apparel when at home. 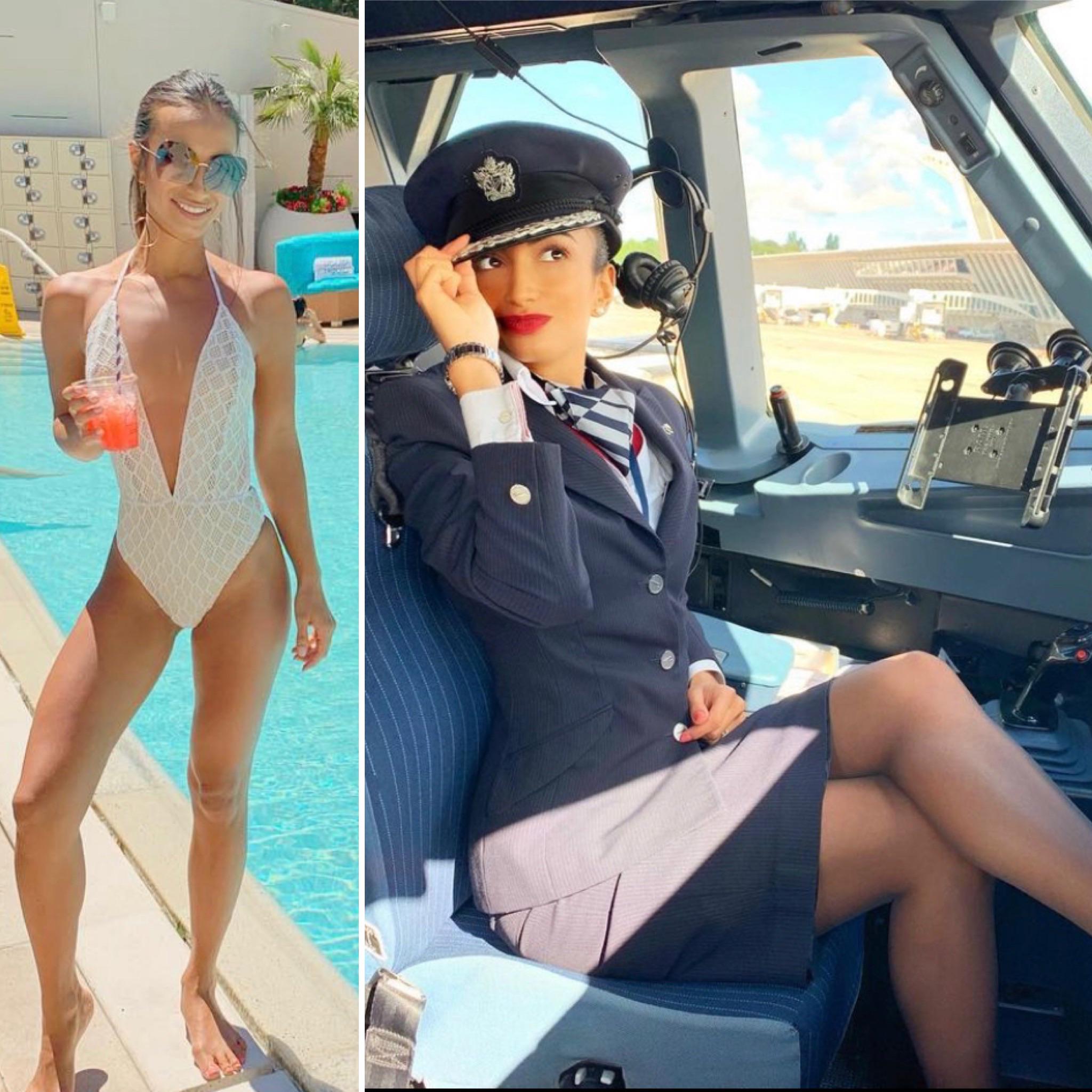 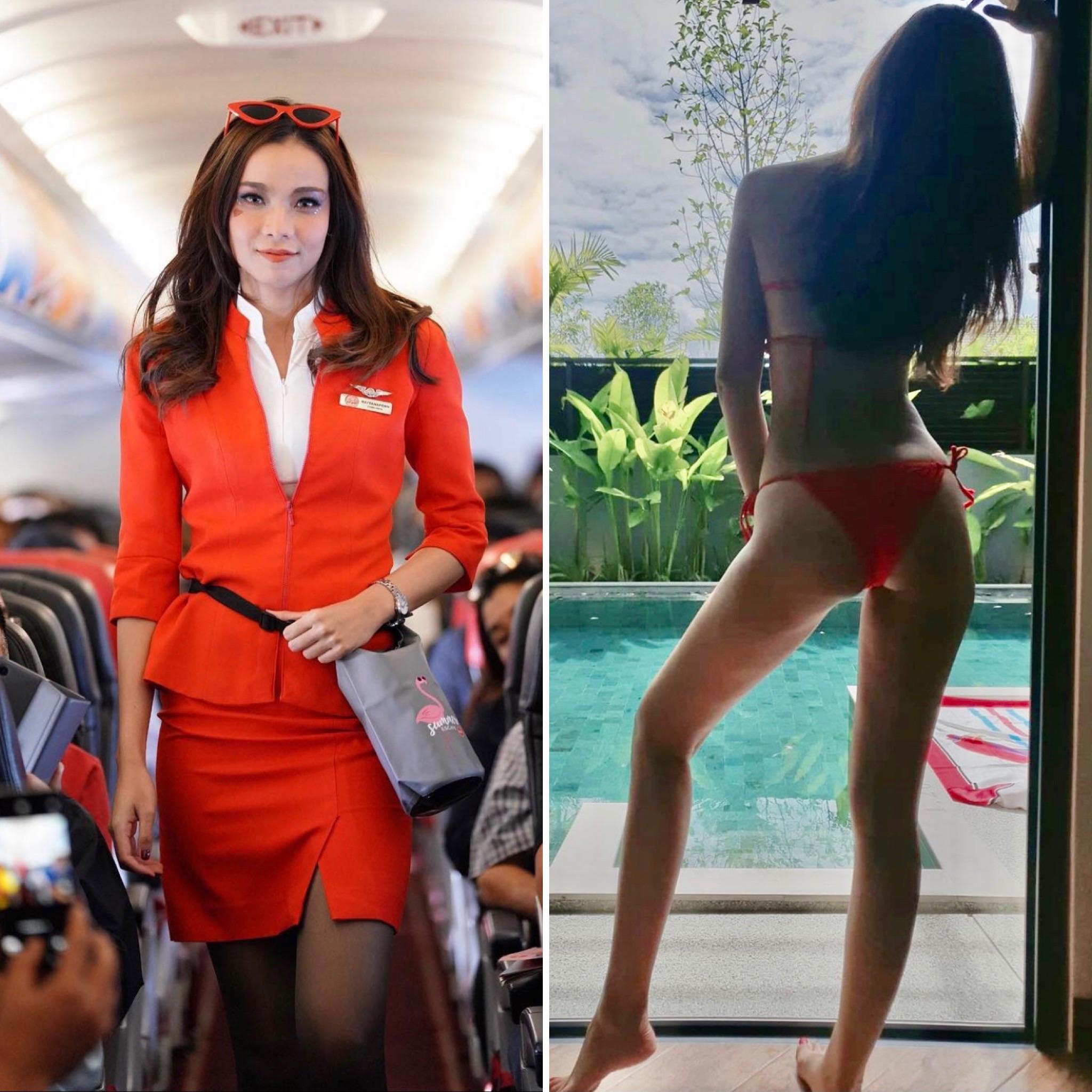 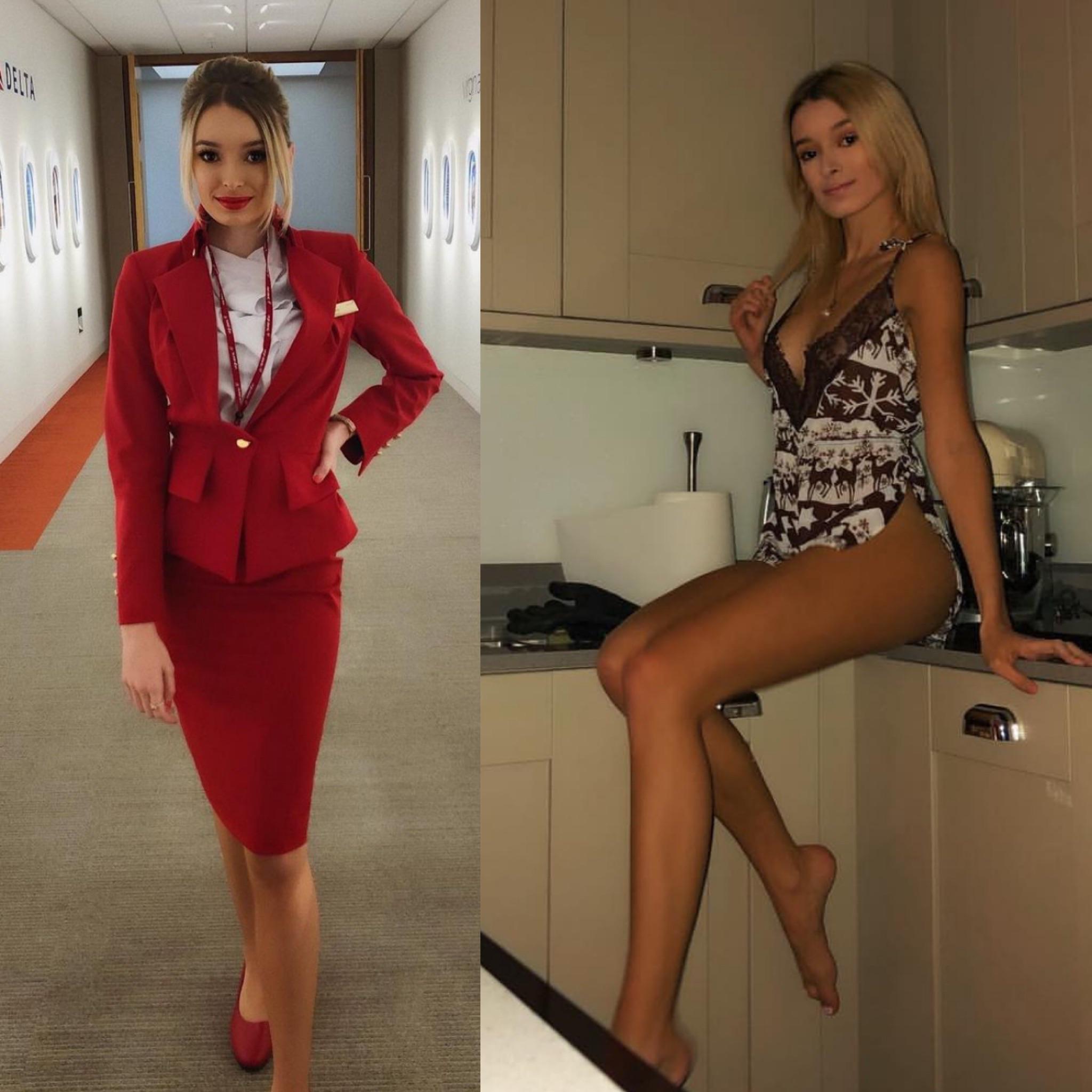 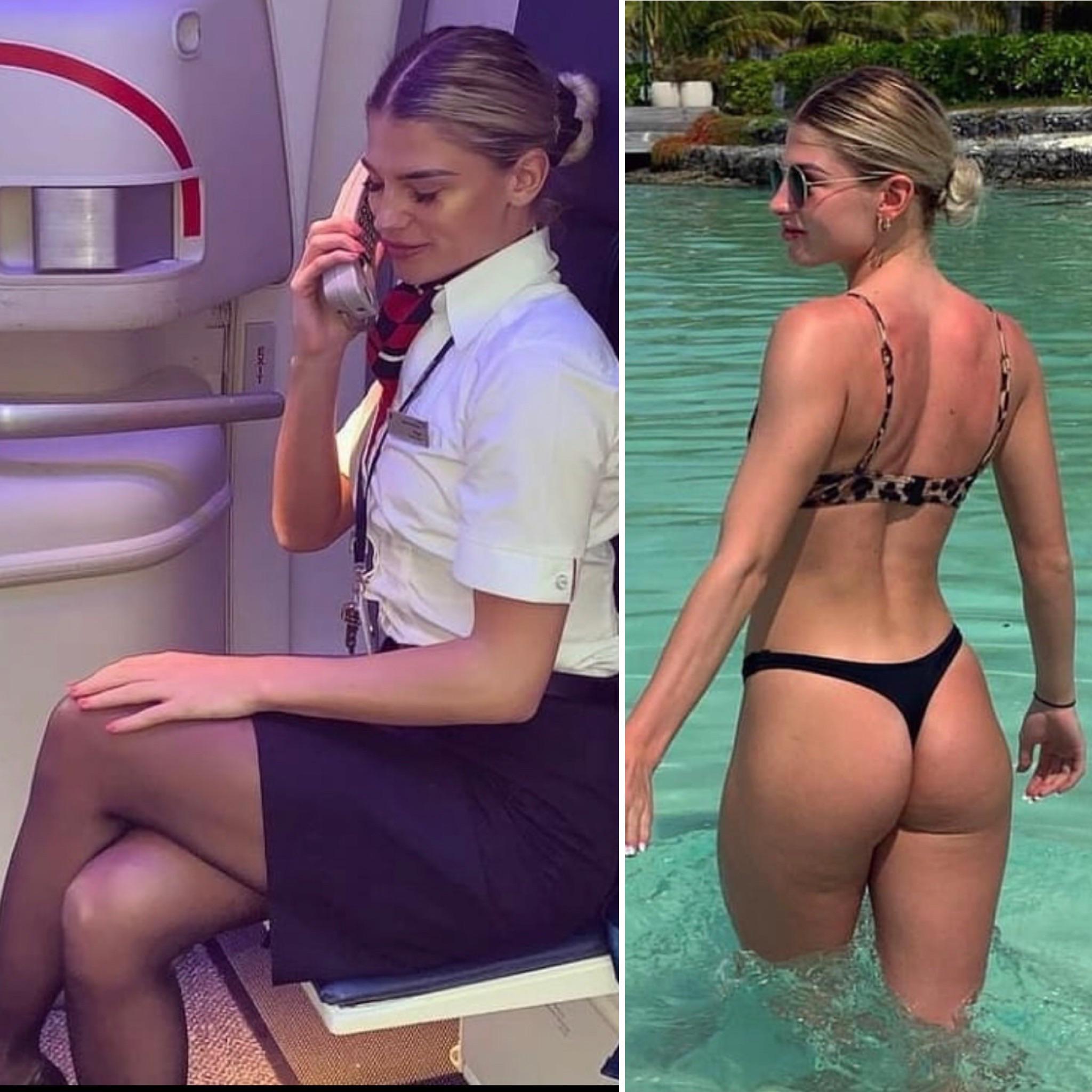 Is their any evidence that flight attendants are more promiscuous than other girls?

Don’t forget that we’re dealing with sissy fantasies here, so bear in mind the plot line in their head of a uniformed girl pleasuring the pilot.

While this scenario seems unlikely, it is reported anecdotally that stewardesses tend to have more affairs than other girls. They receive a lot of propositions – overt and subtle – and spend their time away from husbands in foreign cities. Go figure!

A lot of them are good at playing sexy as many are aspiring models or actresses or local beauty pageant contestants. For reasons that aren’t clear, many girls who fail to get famous… become flight attendants. (Of course, the majority are just regular girls!)

There has been a scandal recently where a stewardess claimed sex was being offered to first class passengers for money. 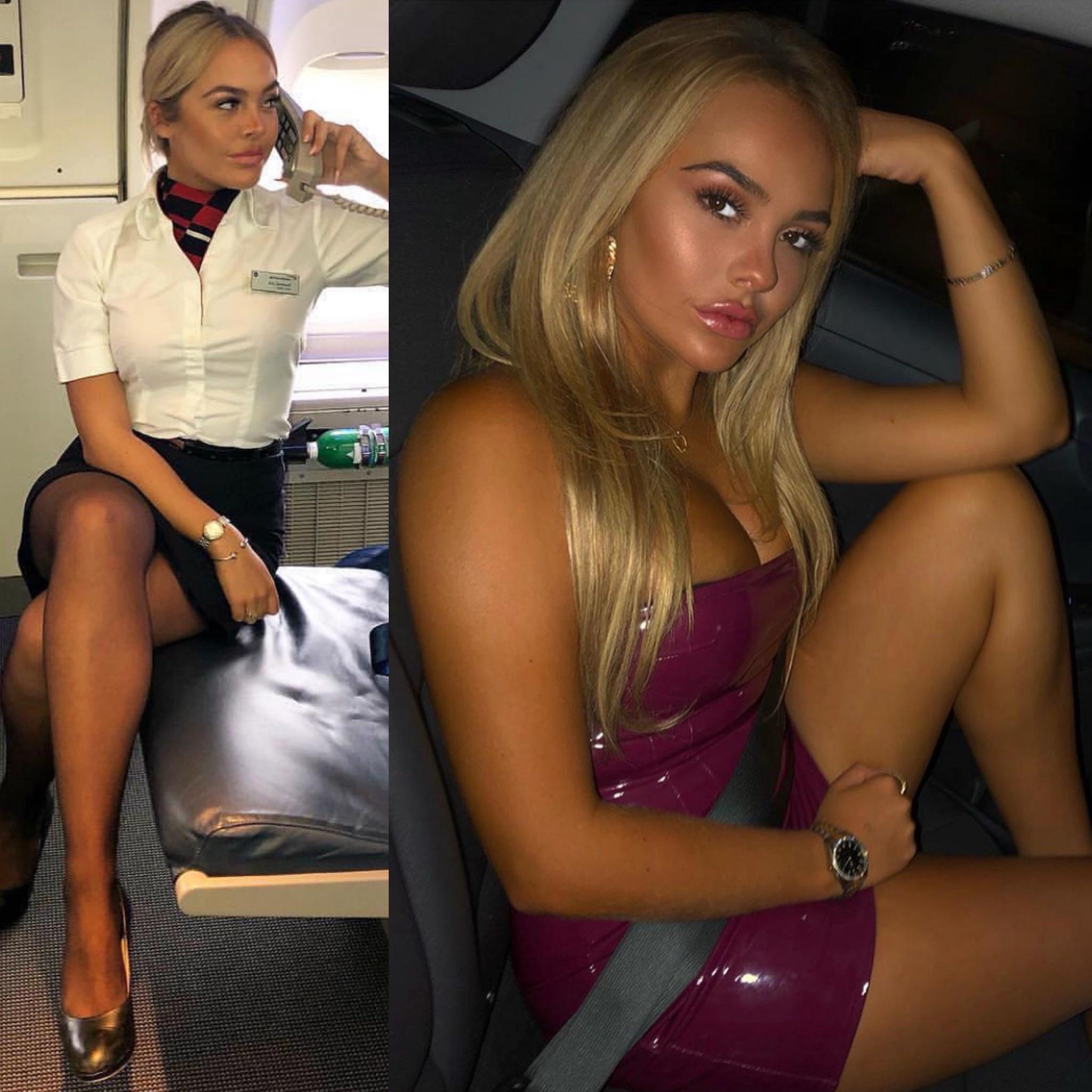 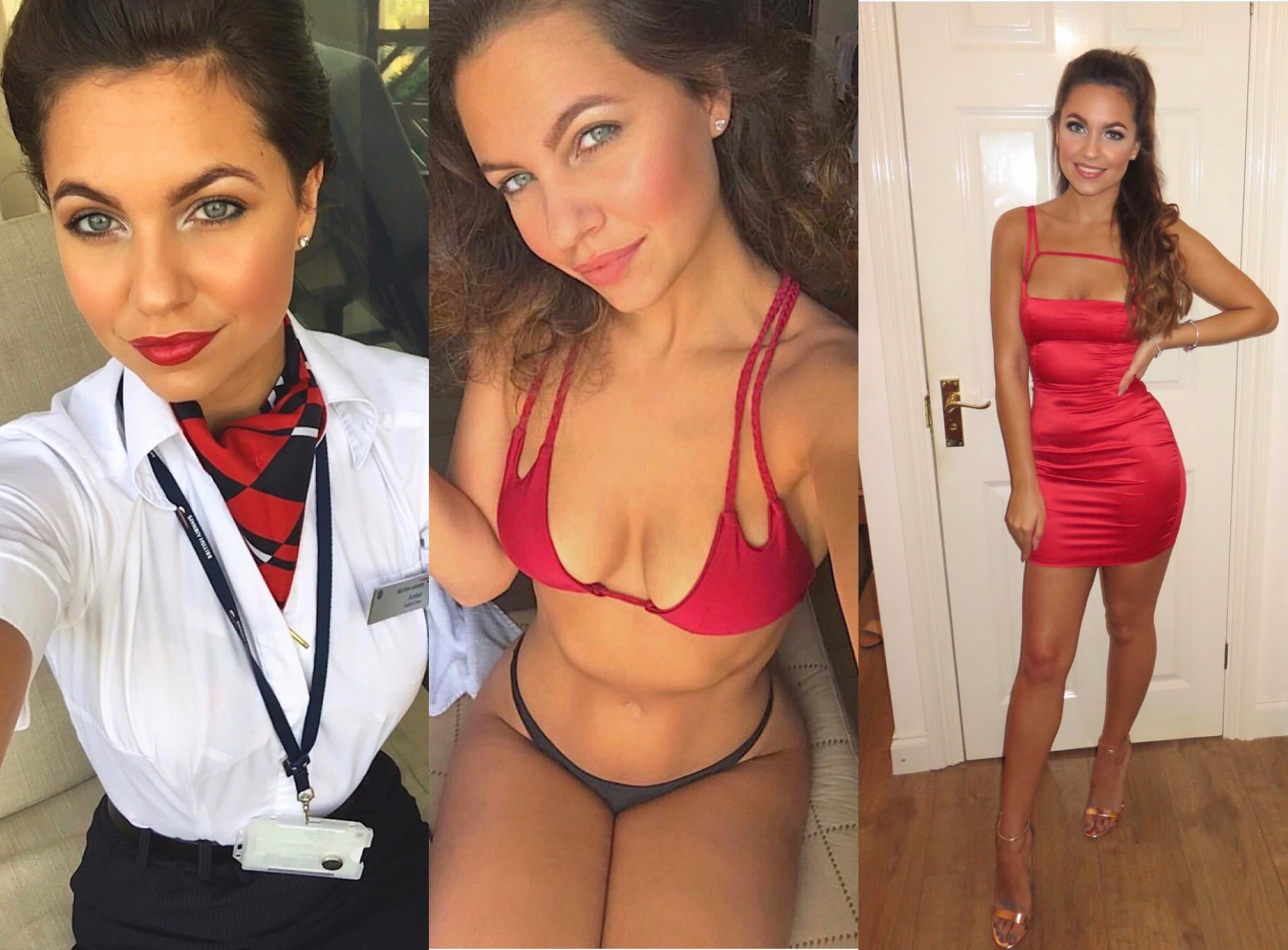 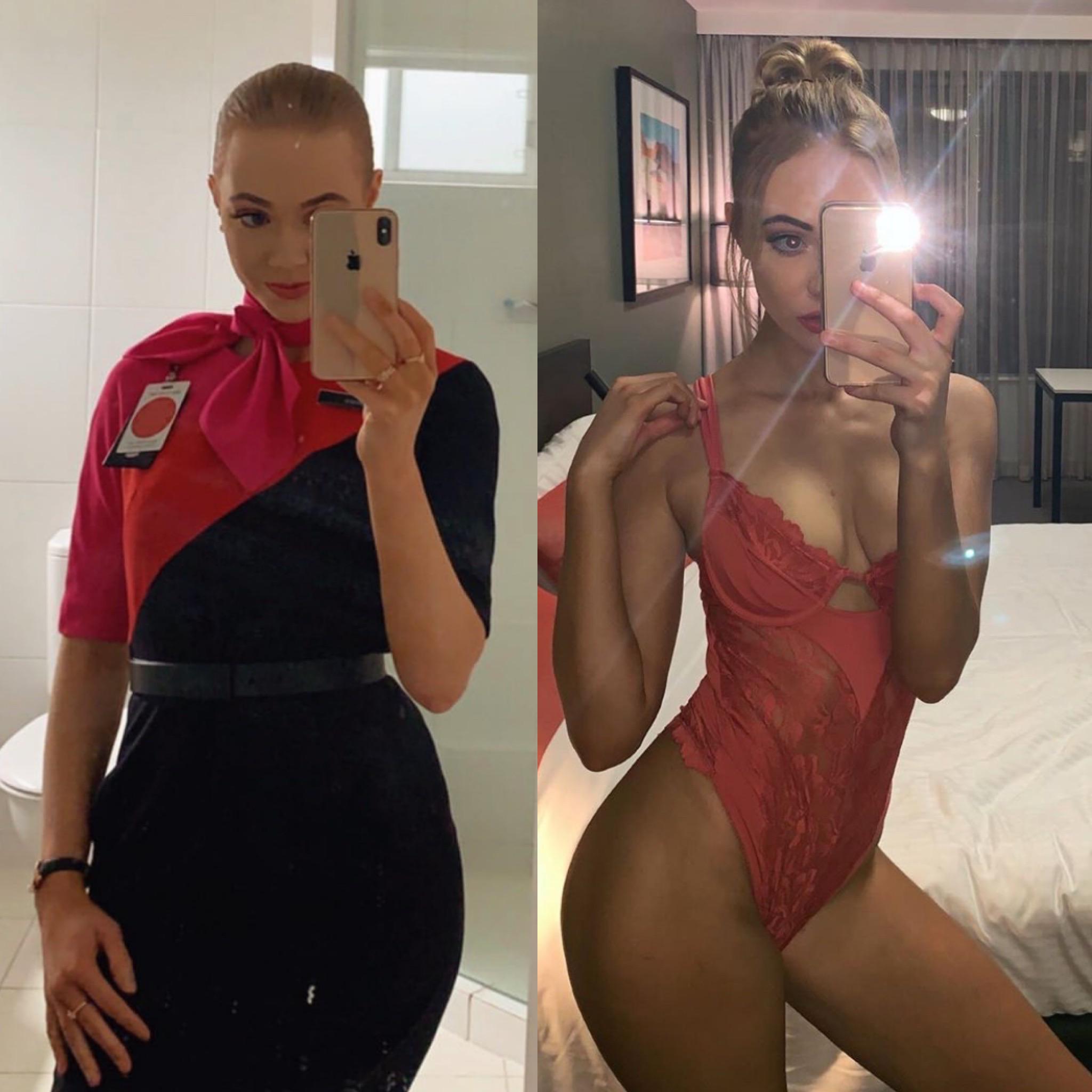 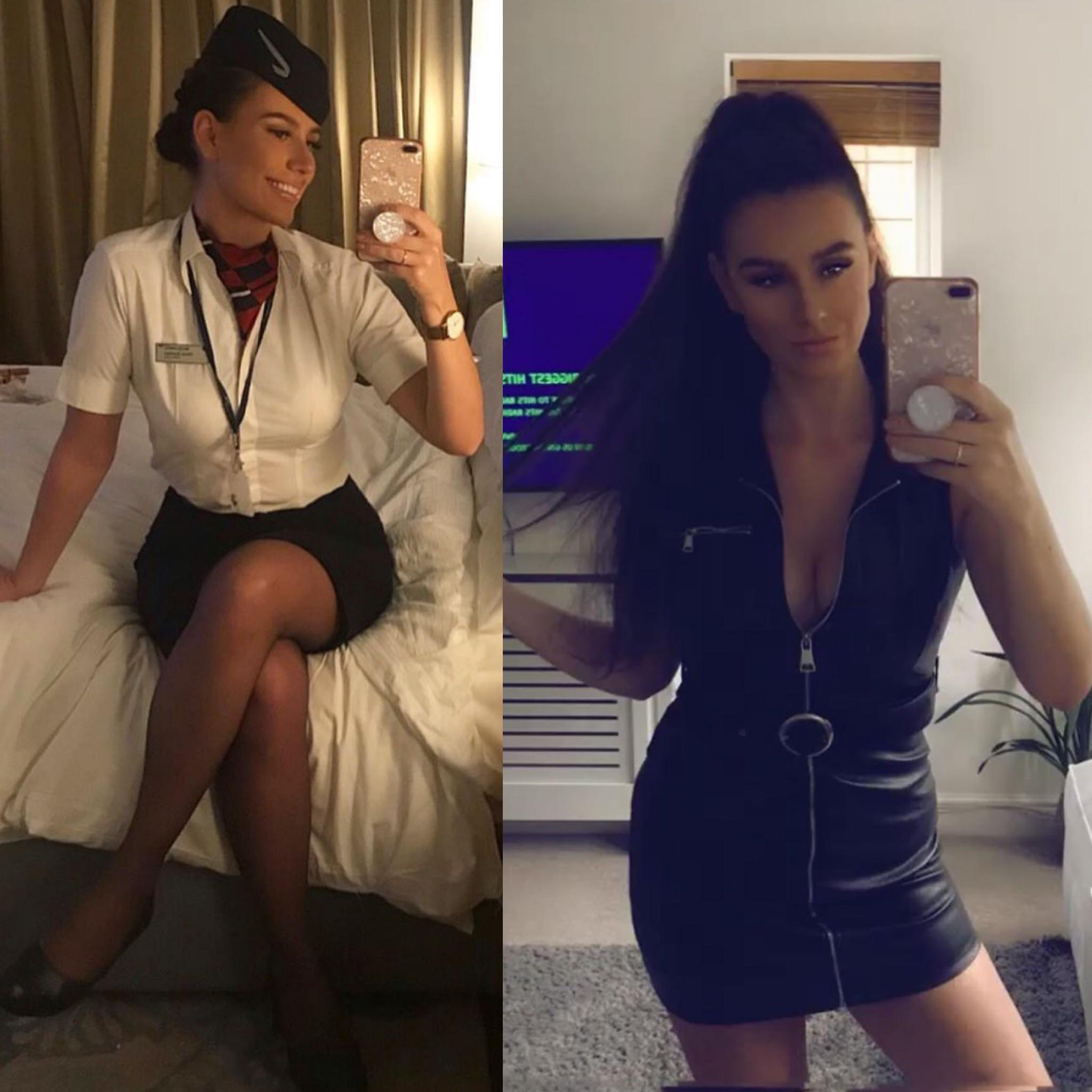 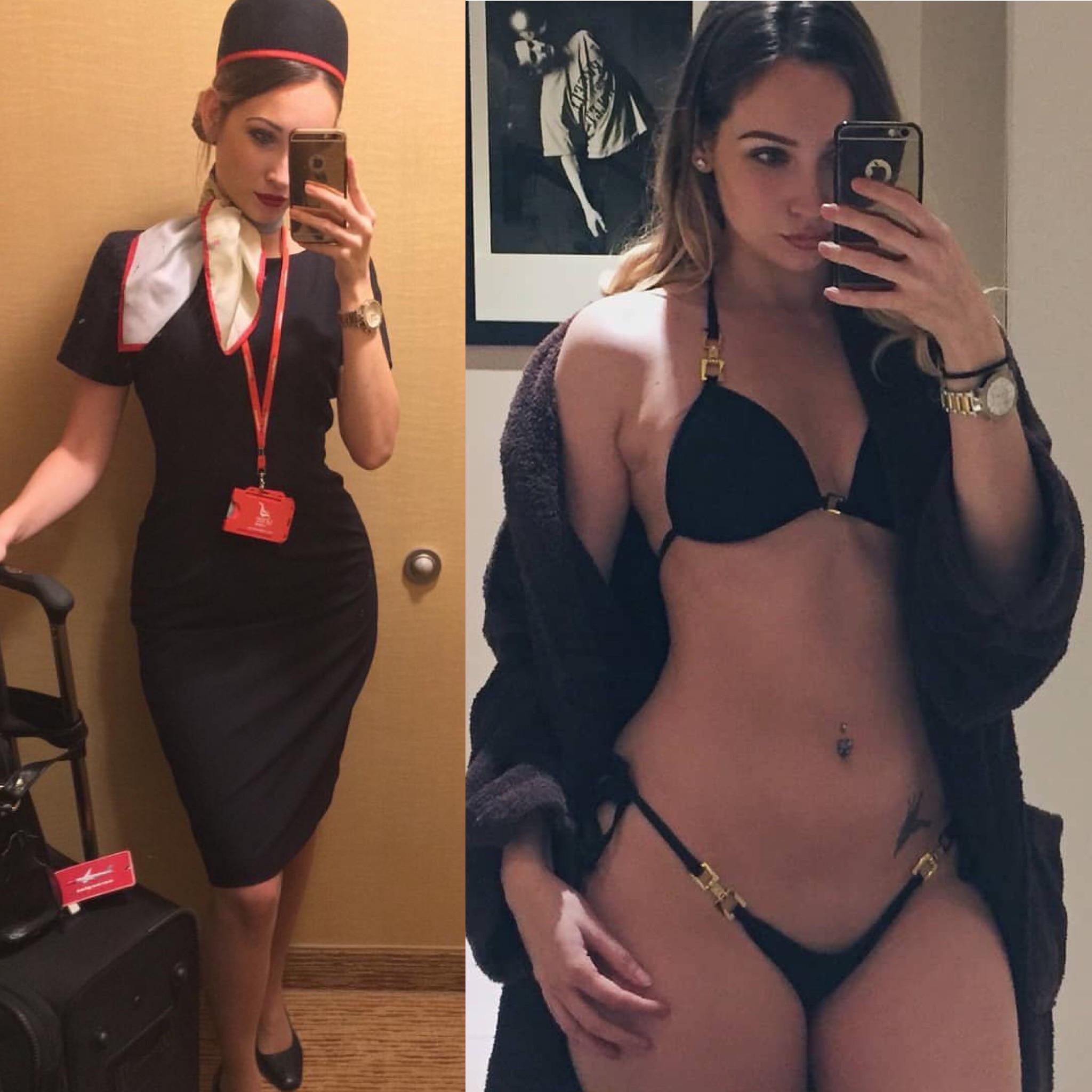 I’d just like to finish by reminding everyone to respect their flight attendants. Most girls I’ve met are conservative by nature, which makes sense in a job that requires etiquette and careful attention to comportment and dress.

So just remember that it’s a public facing job with long hours and low pay. So…be nice…respect them…don’t stare (they can tell) and don’t treat them as sex objects – even when they are super sexy.

Finally, can sissy ever make it as a flight attendant? Well, apart from that Thai company that only employs transgender girls, I have read on industry forums that there are a number of trans girls working as female flight attendants. Good luck!

Why I used to feel shame at being a bisexual transwoman… And how I got over it.