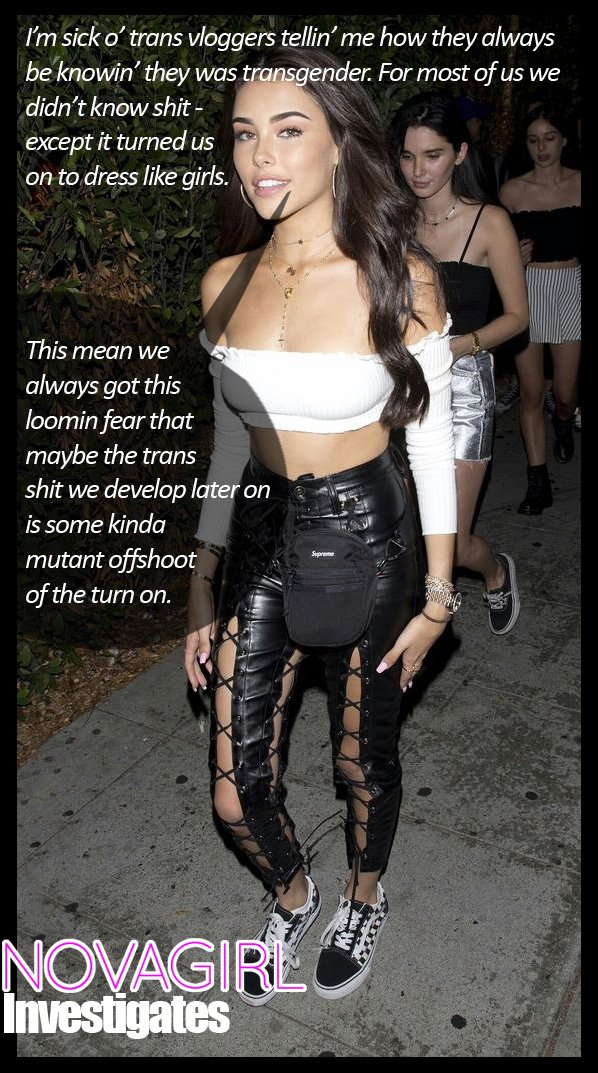 Last week, I received an e-mail from a reader in Atlanta who’s facing the ‘is this all a fetish or am I transgender?” question (as you can see above, she described the dilemma in much more colorful language.)

We decided to investigate and create a test…

First of all, why do some people see ‘sissy’ fantasies as challenging their transgender status?

1. The sexual desire to be a woman is so incredibly strong that it makes you wonder if it isn’t the main power source of your transgender desire.

2. You are keenly aware that some of your crossgender behaviour is overtly fetishistic (sissifcation, humilaition, transvestic etc.), making you suspect the whole thing is an elaborate fetish.

Let me save you hundreds of hours of therapy!

To finish with this whole question of  fetish or  authentic transgender impulse? you need to understand that the question is a complete waste of time. 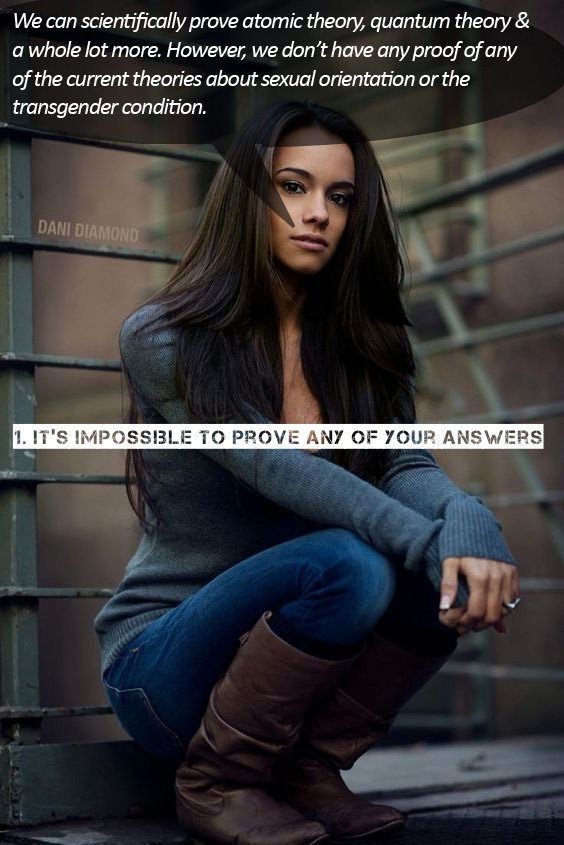 1) Personally, I have come to suspect that the transgender impulse of late onset transsexualism does have a sexual origin.

But notice my use of language…

The reason I ‘suspect’ and not ‘believe’ is because in the end… IT’S IMPOSSIBLE TO PROVE EMPIRICALLY.

Using logical ideas like ‘the sexual impulse came first therefore it must be the prime cause’ is logical… but can not be confirmed as genetic or neurological or biological reality. Until we have a much greater knowledge of the brain and the way it directs sexuality and gender…the causal mechanism of your transgender impulse is impossible to know.

That’s why you should never trust writers who talks about this issue in the language of fact. There are no facts. We do not know if the desire to change gender is a paraphilia and we don’t know that it isn’t. I don’t know, Raymond Blanchard doesn’t know, Julia Serrano doesn’t know…

Therefore, all this time you are spending on the fetish versus transgender question is a waste of time because the answer is, at this point in scientific history, unknowable.

Reason 2: even if it was a ‘fetish’… it would be clinically irrelevant. 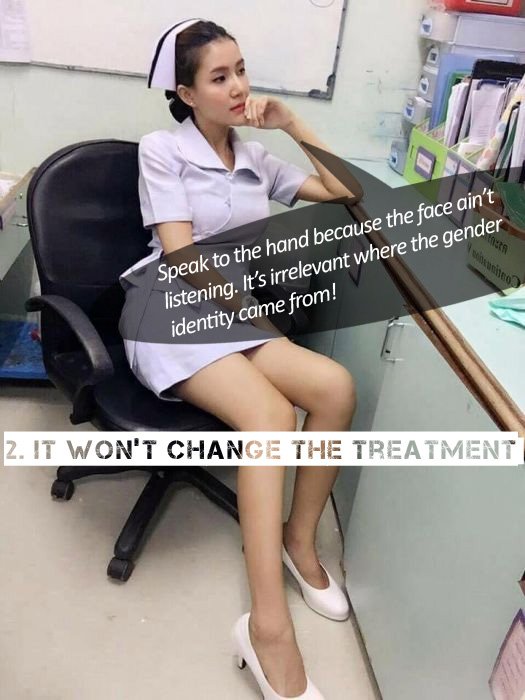 While the discovery that a certain type of transsexualism begins with a paraphilia would be a delight to Blanchard and the conservative movement, it wouldn’t make any difference to your treatment options. Why?

Because whatever the cause of your gender crisis, we know that the resultant symptoms are so severe for the individual that it is completely irrelevant whether the whole thing began with a fetish or a genuine female essence.

Think about it this way…

…Imagine a person you love is suffering from skin cancer and I spend all my time obsessing over the causes. Imagine I’m harping on about that holiday in Ibiza when we all double dropped ecstasy on the beach in 40 degrees celsius…and I’m sure that this is the cause of the skin cancer.

You’d be forgiven for swiftly interceding and telling me that you don’t give a fuck how it started… you just want it treated.

It’s the same for a gender crisis. Whether it’s caused by a fetish or a curse from God or a trapped female inside is irrelevant. A full blown gender crisis is a serious event with major repercussions for mental and physical health and has to be dealt with by well established clinical means – none of which are affected by the suspected sexual origins of the condition.

Reason 3: Ok…you’re transgender. So what?

The word ‘transgender’ has become one of the most redundant, meaningless words in the modern lexicon.

This is because it does not imply transition or a mental condition or even a lifestyle…it simply means that you ‘identify’ as a specific gender. In fact, it doesn’t even mean that any more because you can identify as having no gender or two genders or however you want to mix it up in the McCombo gender menu.

There are bald, middle aged dudes on Youtube who make no effort to pass or have hormones or surgeries or wear female clothes. And they say they are transgender women. I don’t have a problem with that (ok…I do…but I’m not going to get into it here) but I mention it because I want you to see how being ‘transgender’ doesn’t necessarily mean much at all.

Therefore, even if you reach a definitive decision: ”this is not a fetish…and I am transgender…” the next logical question is… “So what?” All that means is a process of identification in your mind – a process which consists of a bunch of words.

So, this is the third reason why the ‘fetish or transgender’ question is pointless: it’s asked by sufferers of gender dysphoria looking for answers and solutions, and the decision you’re transgender doesn’t diminish your gender dysphoria or tell you what you need to do.

And that leads me to my lasting sensation about this question: that it’s the wrong question.

The conversation you need to have with yourself is this…

Dear Self, whatever the origins of this fetish/transgender thing in the past, it’s really starting to fuck with my present. I now have to face the fact that right here-right now I’m in a gender crisis with gender dysphoria on the side. Therefore, the real question I need to ask is…

Has this thing now grown to such proportions that I need to seek treatment…and if it has…what treatment would be best?

There are many possible ways to treat gender dysphoria…

The above is what you need to obsess over: that’s your future! Trying to obsess over the origins of the dysphoria will not help you…obsessing over the solution will.