The other day I received an e-mail from a reader who informed me of a reddit group called: “it’s a fetish.”

What I saw disgusted me.

It was more insidious and more hateful than any of the autogynephilia based transphobia that I have seen before. However, I have to say that I what I saw from the transgender contributors also appalled me, and I came to the conclusion that Reddit was utterly toxic for transgender people. The experience brought home to me in brutal detail the five reasons why social media

So why did this particular group make me so sick?

Firstly, they had created a system of categories that deconstructed various features of transgender behaviour and sexuality, allowing them to immediately make clear the aspect of gender variance that they wanted to mock and humiliate. A good example was ‘sleepover obssesion’.

Sleepover obssesion shines a spotlight on the obbsseion many transgirls and women have with sleepovers. The feeling that they missed out on this female ritual means they try to capture what they lost by having lots of sleepovers and generally beim 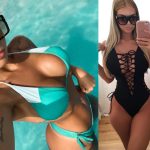 Journey To The Center Of Bimbofication