While it’s FACTUALLY correct there are biological and social experiences which only a biological woman can have, this does not make the resulting transphobic VALUE JUDGEMENT correct…

…that a transwoman must be seen as less of a woman or not a woman at all because she lacks these experiences.

99% of people who use the ‘cis-experience’ argument are using it to imply that transwomen are second class women.  The idea is particularly prevalent among liberal backsliders who know they should support transgender rights but are looking for a reason not to.

It is essential, therefore, that every transwoman be ready to crush this argument in three steps.

Step 1: Emphasize the similarities of cis and trans experience.

Most liberal backsliders won’t start with biology. They know that the argument from genitalia is too crude. That’s why they’ll usually start with a series of unique social, political and economic experiences that mark out cis-women.

And that’s when you smile at them…because they’ve just named three things that unite cis women and trans women. 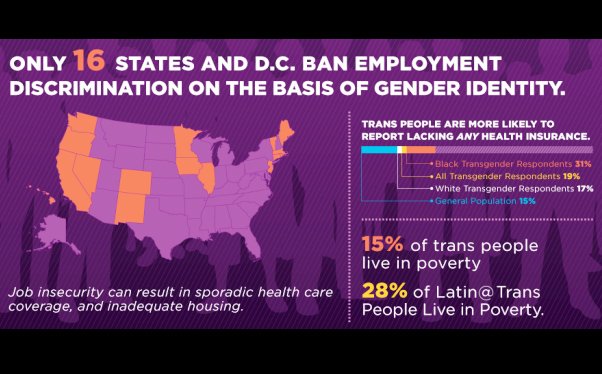 “For many women, a defining experience of womanhood is discrimination. Women earn less than men, are more subject to domestic violence, are talked to differently, and experience all kinds of discrimination at the workplace. Only 17 of the Fortune 500 companies in the world are run by a female CEO.”

…Transgender women experience all of that AND MORE. We experience discrimination and violence, both because we are women and because we’re transgender.” 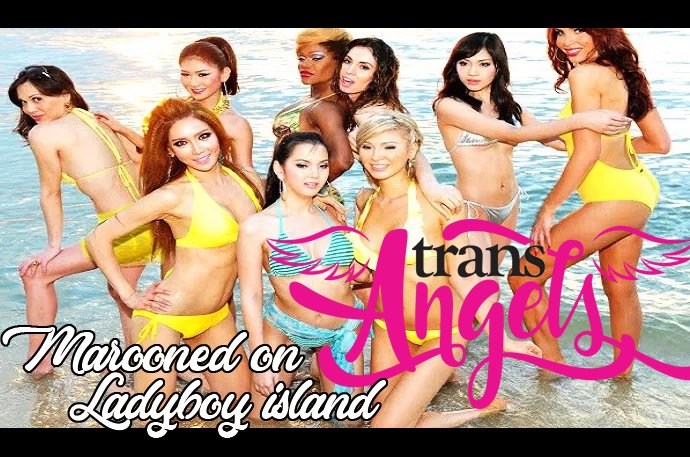 iii. Insecurity over the body / pressure to look good

“Someone born male can never understand the insecurity we feel over our appearance and the incredible social pressure to always look good.”

“Our fucked up relationship with our bodies has two dimensions: the years we spend in childhood where we have to deal with everything being wrong, and then the years post transition where we feel we’re not adequate. Either way, the transgender woman spends her whole damn life fretting about her body.

This also extends to makeup and clothes where – not having the crucial advantages of a biological woman – we have to make more effort.”

Step 2: Use the ‘Sarah argument’ to discount biological differences.

Now that you’ve rubbished their more sophisticated argument, they’ll sucker punch you with biology. They’ll point out that you have different chromosones or genitalia or no womb or no periods or whatever. And apparently, these things lead to a state of being that a transwoman cannot know in a million years.

The most commonly cited biological experience is, of course, that transwomen can’t have children. And that’s where you counter with the Sarah argument.

“But what about Sarah from the bible. She was barren…i.e. she couldn’t have children. Does that mean that Sarah wasn’t a woman?

Similarly, there are millions of disabled people or people suffering from diseases who lack certain limbs, organs, processes…whatever. Humans have two legs…would a person born with two stumps instead of legs not be a human? If my friend has her ovaries removed, is she no longer a woman?”

Basically, you make it clear that you can’t use missing biological components to challenge identity. It would be unacceptable to claim a disabled person was less of a person because they lacked a physical quality, and it’s unacceptable to say a transwoman is less of a woman because she has different biological features. 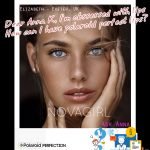 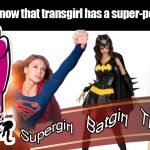 The transgirl superpower that intensifies our gender dysphoria 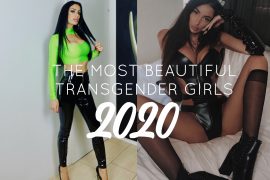