I enjoy watching your videos…but I often get the same feeling I get when I watch naughty vids. It’s not only that you turn me on… (I seem to have recurring fantasies about you in a catsuit, spanking me)… but that the whole, exciting experience is soon followed by guilt.

I am writing this letter to explain this guilt, and to explain the 5 reasons why I don’t want to see you anymore.

Fascists*, and right wingers in general, are never capable of being constructive or creating anything. All their policies center on destruction (bringing down the EU, expelling immigrants, disbanding NATO, reducing the state etc.)

This negativity is not just reflected in major policies but also in their worldview: they can always hark on for hours about what they don’t like (liberals, political correctness etc.) but never tell you what they do like (probably because it’s something along the lines of mass deportations, internment camps etc.)

Thus, almost all of Blaire White’s videos are endless rants about everything she doesn’t like: other transpeople, feminists, fat people etc.

Advice: Give me some positivity! I love you and want to know what you like not what you hate! You always seem like you’re depressed!

(*when we use the term ‘fascist’ in 2017 it means a far-right leaning individual who favors authoritarian rule and has suspect views on racial, gender and sexuality issues)

2) You pick on people younger and weaker than yourself…

Blaire White, you are a college educated, middle class woman in your twenties.

You’ve spent a lot of your time mercilessly criticizing teenage transkids like Milo Stewart. Not only have you done your own response videos but ninety minute collaborations with other vloggers in their twenties, deconstructing and sneering at every single thing said in transteen videos. To use a Donald Trumpism: SAD!

We all know that some people go over the top with their “I’m a non-binary pansexual aromantic transgender lesbian” but these guys are young and society is still figuring this stuff out.

Advice: pick on someone your own size! 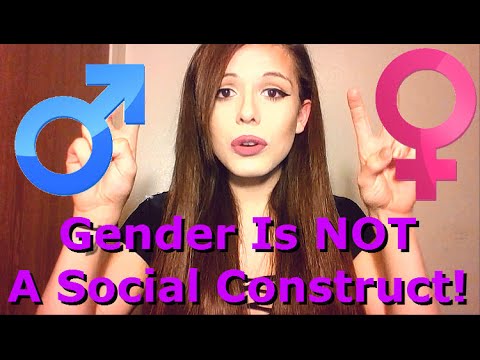 ATTENTION: The views in this article are those of its author, not the views of transcendmovement.com. As a website with multiple voices and writers we encourage the subject of the article, Blaire White, to write her own response in the comments section or on her channel. It will then be published below Electra’s text as a direct response. Everyone has the right to be heard on this website.

NEWSFLASH…insulting people doesn’t come across as a sophisticated and challenging use of freespeech…it comes across as you being a dick. That’s why there is no such thing as true freespeech – most of the western word has anti-hate laws because ripping the shit out of people isn’t free speech…it’s aggression.

I get it…you’re a pretty girl, so it doesn’t matter if you use the word ‘tranny’ to yourself…in fact, it’s kind of quirky and cool. But when you use it as a blanket term – especially about transpeople that don’t pass well – you summon the meaning of the word ‘tranny’ in public discourse: a transvestite.

Another linguistic point…on your appearance on conservative chat-show (Rubin) you kept on putting the word ‘transition’ and ‘dysphoria’ in airquotes. This is an attempt to delegitimize the lexicon of transgender experience. You can maybe put airquotes around “non-binary pansexual aromantic transgender lesbian” but when you denote fundamental terms like ‘transition’ as hackneyed, you are saying that the whole trans narrative is bullshit. You’re bullshit! (Oh my queen, forgive me!!!!)

Advice: Get yourself down the Aretha Franklin diner and order yourself a large serving of respect.

Blaire, in your first video you explain why you disagree with feminism and the idea of male privilege. The argument goes something like this: when you were a 5 foot 5 ‘failed man’ (your words) life sucked and no one paid you attention…but when you were a pretty girl everybody paid you attention and opened doors for you and fawned over you. Ergo – life’s great for girls and they have lots of privilege and life sucks for men. And also being trans isn’t so bad as people make out.

1) life is very different for a pretty young girl than a regular or ugly girl. Try and think about life for the whole of female kind…not just pretty girls from middle class backgrounds.

2) Life is very different for a pretty young trans girl than the masculine looking transgirls you mock in your videos. They suffer a type of discrimination you’ve never experienced because YOU REALLY DO LOOK LIKE A GIRL! That makes you uniquely NOT qualified to talk about how easy or difficult life as a trans person is.

3) Men also fawn over small children and animals and new cars and hold the door open for old folks. The fact they are enamored with your sex appeal and have objectified you isn’t the greatest sort of privilege.

5) You are a puppet of the fascist media…

NEWSFLASH: The reason Breitbart employs a token gay and token muslim and token Jew to front their organisation is pretty damn obvious, and if you really can’t see through it…then you are not as smart as I think you are. It’s a gimmick…and the fact that Milo says in every interview “Look at me…I’m a raving queer and they hired me!” makes the gimmick pretty obvious.

By appearing on these shows you do not empower yourself or the trans community…you come across as a token transgirl. Just like slavers used to employ slaves as their overseers, you have knowingly taken up the fascists whip and used it on your own community. You and Milo should take yourselves off to that great country you lot so admire – Putin’s Russia – and see how they treat you there.

What makes us great, Blaire, is that we live in a free society. You are actively conspiring to legitimise people whose long term aim is to take away freedom and makes us a divided, Darwinian society where the winner takes all.

Blaire…you’re articulate and sultry and cool and it’s hard to let you go. I get the whole politically correct thing. It drives me nuts, too, and is ripe for comedy. But that comedy needs to be delivered in a context of respect and compassion.

To show what I mean, I leave you with a video which makes the same point you did about fatphobia. It’s fucking hilarious and mocks the shit out of fat people…but it comes from a man who does a lot of work for charity, animal rights and all sorts of other good causes. If you just showed me a little more of the positive Blaire and the socially conscious Blaire then you would rid yourself of this notion that you are a diddy-fascist and maybe I could see you again. 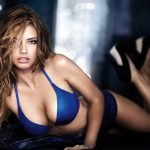 Teaching a transgirl about everything related to bras! 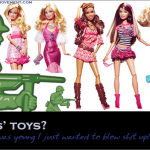 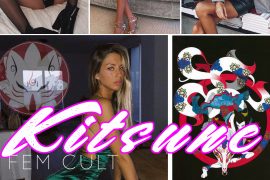