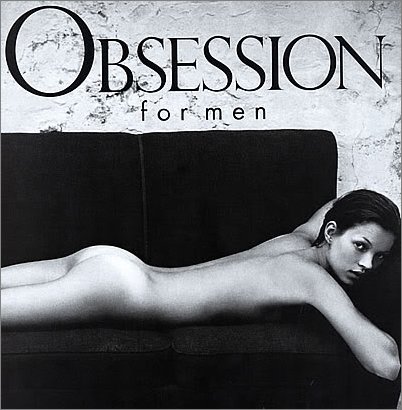 Is the late onset transsexual simply suffering from an obsession with being female? And if she is, how can she cut it from her life?

As we see from the above examples, obsession (an idea or thought that continually occupies a person’s mind) can be good or bad. It all depends on the consequences for the thinker and the larger world.

That gender change becomes an obsession for the late onset transsexual is undoubtable… ask one and she will tell you that it is constantly on her mind. The question is whether such dominance of her thinking is a good thing or a bad thing. This is an important question because there comes a point where you are investing so much time on the subject you start to wonder if a) you’re going mad and b), on a more practical level, if this isn’t just taking up too much time that could be better spent on other things.

The answer will depend on the individual involved and your beliefs as to the causes and treatment of transsexualism. Clearly, if you think you are a woman trapped in a man’s body then you will see it as only right that escaping the trap becomes an obsession.

Instead of re-entering that debate, I prefer – when judging if it is a useful obsession or not – to focus on the practical: is it even possible, and if it is… will it make you happy?

I have an equation to solve the riddle. Choose a, b or c.

Whether gender change will make you happy or not is a subject I deal with in another essay. As you know, I think that in some cases it does not make the individual happier but they will not admit that because they have gone to a point of no return. Or, they may be a bit happier but with the right counselling and philosophy they could have achieved more happiness as a man. Whatever equation you do choose, though, it is vital you choose one. Even if you have to take a week off work to think through the whole issue it’s worth it, because you can lose weeks and months and years of your life thinking the same thoughts day in day out. The rest of this session, however, is for sufferers of gender dysphoria who have opted for a and b – an unhealthy obsession that they want to eliminate.

Unfortunately, as the name suggests – obsession – it’s not so easy to deal with. In fact rule number one is probably… you can’t eliminate obsessions… rather, you chip away at them, learn to live with them and once you do that …they recede into the background.

Here are some points to remember.

To properly debunk an idea – in this case ‘transition’ – it is not sufficient to think about it on the way to work, or while you’re washing the dishes. Thinking for ten minutes here and ten minutes there always leads to the same repetitive thoughts i.e. no progress. You must clear your schedule for a couple of hours, sit with a pen and paper and analyse transition point by point; you will soon see why it is not viable.

Not only is it not viable, however, but once you start researching case studies of transition you start to realize something scary. That…

Allow me to expand on point 3. Some time ago, I made friends with a transsexual on Tinder. We started communicating and she told me by Whatsapp at least three times that she was in ‘transition.’ We then went for a coffee and she told me again she was in transition. As someone who spends a lot of time personally and professionally talking about trans issues I was neither surprised nor particularly interested. In fact, what had interested me in the first place was that she had a degree in philosophy. The problem was, though, every time I started to talk about something else, the conversation always seemed to come back to her being trans and being in transition. I went away thinking… Jesus, does this chick have nothing in else in her life?

Now, if you’re changing gender it is obviously going to dominate your life, but I have a strong feeling that for many transsexuals it becomes the sole narrative of their life. If they are women trapped in men’s bodies then they should escape and start living as women… but it seems that many spend their whole lives on the escape part because they are still obsessed with the process of becoming. And of course, in some cases, it’s never enough. Transition is followed by SRS which is followed by facial feminisation which is followed by a boob job which is followed by a hair transplant which is followed by more surgeries and more treatments – especially with the femephiliac for whom beauty is so important.

It’s like there is a certain type of transsexual who, as soon as she reaches one milestone to femininity, the next one immediately pops up. Understanding that what you are obsessing about – transition – doesn’t necessarily remove the obsession, is an important step to abandoning the whole idea of gender change.

At the end of the day, nobody doubts your sincere desire to be a woman, but you have to ask yourself if you want that so much that you are willing to let it become the dominant narrative of your life. Don’t you want life to be about more than that? Don’t you have more to offer? If so, then you must see that transition, while enticing, is a bad idea. Essentially, it’s a trap.

Now let’s continue our list of points to consider in dealing with this obsession.

Think of it as being in a new relationship and you are currently infatuated with your lover. You see, because femephilia is often autofemephilia it’s possible to get seriously involved with the idealised female self; she can make you giddy and passionate. However, as with all such feelings, that initial passion will start to fade… just give it time.

To conclude, there is no doubt that crossdreaming can soon become an obsession; however, many things that are important to us are obsessions; only you can decide if crossdreaming and gender change is a healthy or an unhealthy thing to continually think about.

If you do go for the latter, though, then you must be prepared to employ a multi-methodological strategy to weaken the obsession, which includes… accepting it’s an obsession and not getting so bothered about it, diverting your thoughts to important challenges you face, and ensuring optimum mental health. All of this can be achieved by incorporating your deeper female self and channeling your energy into a gender change project that is not only viable, but will make you and the people you love, happier: next session link – fusion!

An anonymous account of the causes of late-onset transsexualism