What is a transition sceptic? TWT moves to video blogging…

What is a transition sceptic?

A transition sceptic is a transgender person who accepts and supports the right to transition but is sceptical that it would actually cure their own gender dysphoria.

Transition scepticism is an extremely important development in transgender thought because the accepted wisdom has always been that transition will cure or reduce dysphoria…when in fact – in some cases – it can make it worse.

Third Way Trans (a detransitioner) brilliantly captures such thinking in his new video. Speaking of transition he says…

“But there were things that were still wrong afterwards…like the whole point was that this is supposed to cure your dysphoria and what I found
was it didn’t actually do that. I just became more uncomfortable with different parts of my body…like my big hands and strong jawline.”

Transition is perfect for some transwomen. However, that it is not the best treatment for some sufferers of dysphoria (particularly middle aged crossdreamers) is the basis of my book… (excuse the shameless plug.)

UPDATE JULY 2018 (unfortunately… TWT was harassed out of  public life.) 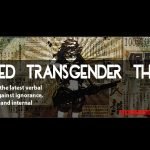 2. Is a transsexual woman… a real woman? 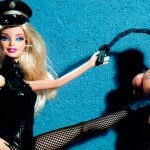 The psychology of forced feminization

Part 2 & 3: The role of narrative therapy in treating gender dysphoria