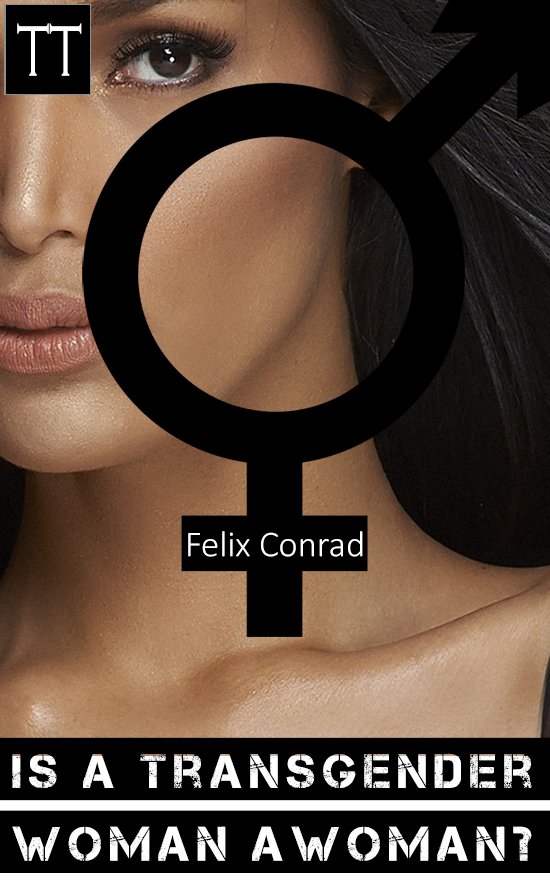 You will be pleased to know that there is a simple method for answering the question asked in the title of this book. We define what a woman is, and then see if a transgender woman matches that definition.

But you might not be so pleased when you find out that defining ‘woman’ immediately gets us in a debate which involves both the philosophy of language and science.

On one hand we have conservatives who claim that the word ‘woman’ refers to a set of rigid, biologically defined characteristics involving chromosomes, genitalia and anatomy, and that this definition cannot be changed. They see the definition of the word as set in stone and defined by nature – immutable and unchanging. For them, a transgender woman clearly does not comply with this definition and thus it is incorrect to use the word ‘woman’ to refer to her.

While liberals agree that the word ‘woman’ refers to an organism with the characteristics listed by conservatives, they believe that it can be broadened to include intersex people and transgender women.

The debate comes down, therefore, to a bigger question about the nature of human language: can the meaning of a word change? While the meaning of words such as ‘gay’ (which used to mean ‘happy’) is clear proof that the meanings of words can change over time, it is less clear whether scientific terms pertaining to the most basic things in the universe can change. A cow is a cow and a baby is a baby and water is water, so surely the meaning of a word like ‘woman’ cannot be changed.

However, we only have to look at the related term ‘mother’ – one of the most fundamental words in human biology and consciousness – to see that the meaning of a word can move beyond a strict biological definition. As my regular readers will know, I was adopted, and the woman who raised me did not produce the egg which made me and she did not carry me in her belly and she did not give birth. What right has she got to use the term mother? She has every right because she adopted and raised me and society has broadened the term ‘mother’ to include women who adopt children.

It’s clear to me, therefore, and I hope it’s clear to you, that while conservatives can argue that they don’t think the meaning of ‘woman’ should be broadened to include transgender women, they cannot say that prima facie…the meaning of the word is set in stone and defined by nature and that’s it. As we have seen, words with biological origins can change for two reasons.

1. Social utility: Realising that some children without parents needed a mother we broadened the meaning of the word to include adoptive mothers.

2. Scientific: we discover some new property or characteristic of something, and this changes the meaning of the longstanding word that refers to that thing.

To conclude, the human race is constantly evolving socially and scientifically and our language reflects that. God, marriage, citizen, star, atom are all words that continue to morph through time and there are none that are immune to change. Without exception! Well, actually, that’s not true because there is one word that will never change: conservative.

Conservative will be synonymous with the word ‘cunt’ until the end of time.

Visit Amazon to buy this book and to continue reading…