Trans-scepticism is the natural reaction of anybody with half a brain to the incoherence and dogma of contemporary transgender theory.

It does not mean that you are transphobic. Personally, I am a trans-sceptic and I would take up arms to defend the trans community, but I’m also not prepared to take any crap from the twitter brigade or the trans thought-police. 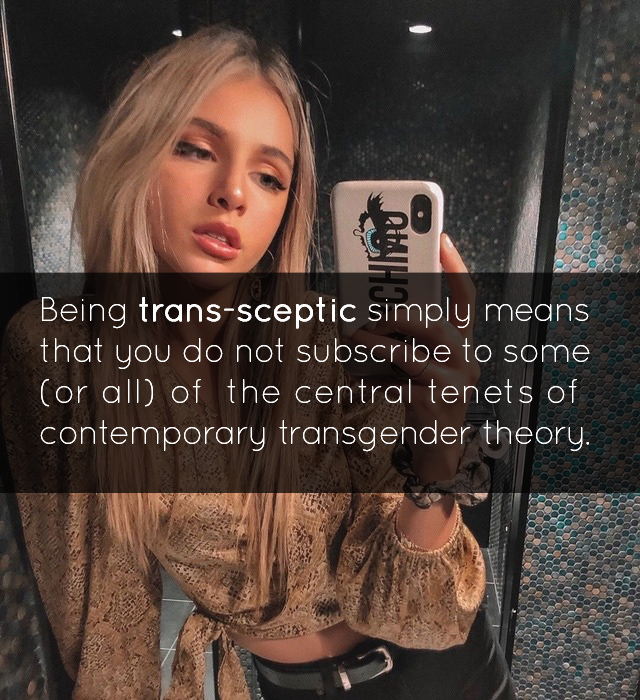 In my experience, trans-scepticism involves a fundamental acceptance of transgender people and transgender rights, but a series of doubts about certain ideas that dominate trans theory. For example…

1. A solid rejection of the idea that there are 453 genders (demi-gendered, aporagender, poly gender etc.)

2. Uncertainty about the efficacy of transition as a treatment for gender dysphoria (while accepting the right to transition.)

3. The suspicion that while hormones may be the perfect treatment for some, they may also turn transition into a self fulfilling prophecy.

5. Conversely, the rejection of attempts to paint individuals with a history of crossgender arousal as ‘not truly trans’ but a bunch of ‘fetishists.’

The attempt to put trans-scepticism on a level with racism or homophobia is utterly misguided. Here’s why…

Homosexuality is a clear cut concept and a biological reality for humans and thousands of other species. There is no complication surrounding its meaning and the act of coming out is straightforward in its format and consequences. Therefore you can not be ‘gay sceptical’ 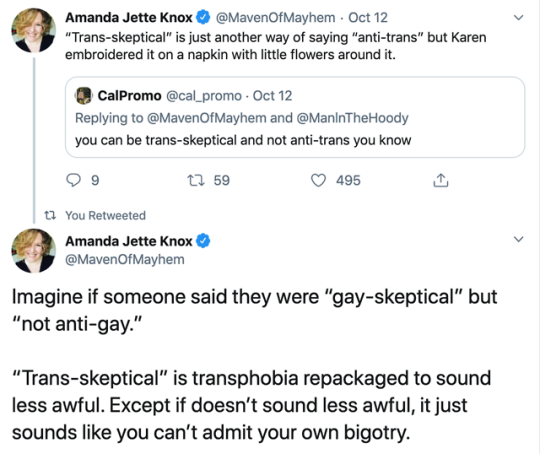 By contrast, even the meaning of the word ‘transgender’ is fiercely debated, has few analogs in nature and the process of coming out may initiate the following.

: Surgical inversion of the genitalia

…and many many other actions that affect the individual and their family.

Naturally, because of these changes, there is much more debate around theoretical and medical responses to the transgender condition than there is about homsexuality. This healthy and lively debate means that it is possible to be sceptical about mainstream ideas that dominate trans circles. This makes you a trans-sceptic…not a transphobic. 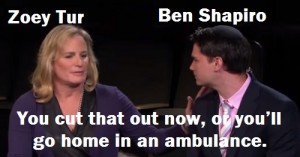 However, it is important to distinguish between the trans-scepticism of insiders in the trans community (like myself) and outsiders such as Ben shapiro. Pundits like Shapiro make a career of undermining the transgender narrative. Their mission is to troll the trans community (and ‘libtards’) making the public sceptical about transgender people. Given their conservative agenda, it is clear that they are on a transphobic mission.

In this case they are using trans-scepticism as a weapon. For me, however, trans-scepticism is a tool to help me understand the truth about my condition and the best way to cure its conjunct disease: gender dysphoria.

To conclude… a trans-sceptic is not necessarily transphobic, which means that Amanda Jette Knox’s comments on the subject are not correct. Trans-sceptisim is not transphobia repackaged…but a healthy slice of criticism directed at the tenets of contemporary transgender theory.