FACTOID. There is no significant difference between the average penis size of an African American and a caucasian.

Is penis size important to women?

Elle tells it like it is to neurotic sissies and casual readers.

It’s not the perfect analogy, but a good way to think about it is to ask if breast size is important to men? All men seem to love a pair of veritable melons…but is it important? Well, it depends on the man.

Similarly, the degree to which penis size matters, differs amongst women, so although I would love to engage in small penis humiliation and tell you that all girls care about penis size…the fact is that they don’t.

However, before you get on your sissy hobby horse and start believing you might yet make it to manhood…let’s be clear: just as most men would select a model with good size boobs over a flat chested one, the large majority of women (I’m talking 98%) would prefer a good size cock over a small one (don’t forget…we can get a baby through there!) 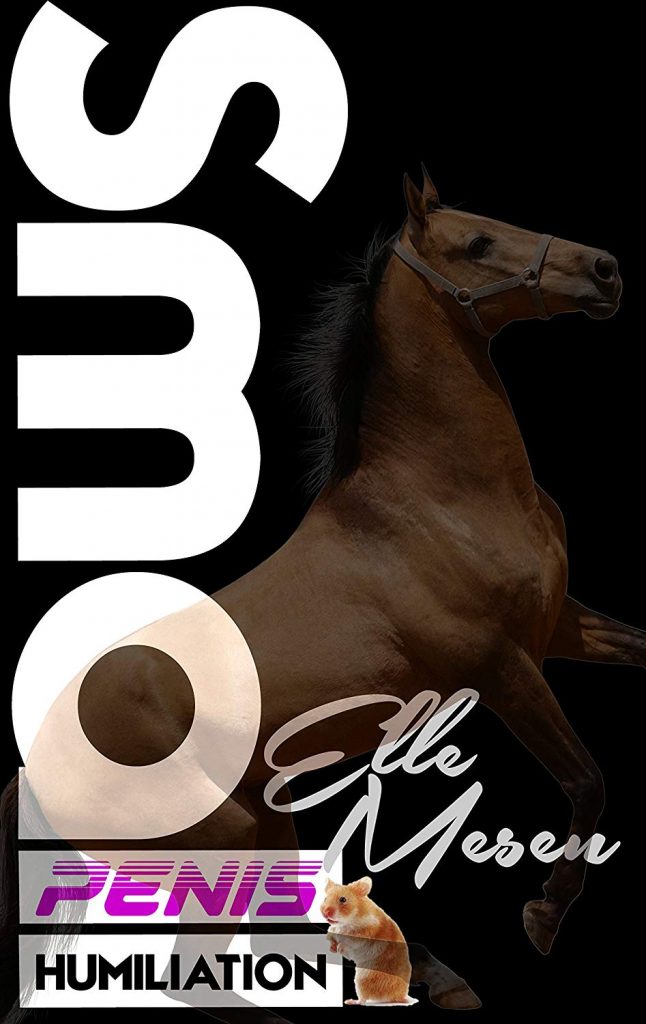 Will my girlfriend accept me and my small sissy penis?

However, just as most men accept that their wife isn’t the Barbie of their fantasies…so we accept a man with a small penis…except, unlike men, we really do accept.

I can’t say for definite, but I suspect that men never truly accept their wives’ shortcomings…or maybe they do in their neo cortex but not in their animal brain. Men are restless and always wanting more and their eye is always roving. We want more and our eyes rove but we generally settle for what we have. Women are great acceptors. In our minds we are dreamers but with our hands we are makers. We get shit done…we build homes and keep them together, and thus, for sure we’d love a jumbo todger and a face like Brad Pitt, but we’ll settle for less. A lot less! And we won’t even begrudge you your dicklette…as long as you remain loyal.

But can we still respect you as a man, knowing that you’re packing a tiddler in your pants?

Well, this depends what you mean by man. I pretty much stand by my point in chapter 1. Thankfully, there doesn’t appear to be such a thing as a ‘man’ in this day and age? What is it that’s supposed to make men manly? Courage, map-reading skills, shouting the loudest when you watch a game? These are all skills and attributes any woman could show, and as we have to do far more single parenting and lower paid jobs and generally taking shit…I would say we exhibit more courage than men on a quantitative level, globally. So, that leaves only the literal, biological definition: muscle mass, cock size, voice…all of which are secondary sexual characteristics. So, if that’s my meaning of ‘manly’…then no, I can’t respect you as a ‘man’…but that’s a man in the sense of a sex object. It’s like choosing the criteria for womanliness based on blonde hair, big tits and small waist.

But anyway…I think we’re over complicating things. The basic question is this…

When your wife sees a ‘real man’ and she knows you’re ‘captain peewee,’ what goes on in her head?

Well, the same as when you see a gorgeous 20-year-old blonde: desire, envy and a shot of hormones; but a decent wife – who’s a nice person – is just doing a bit of window shopping and doesn’t lose respect for what she has. It’s like owning a Fiat when your neighbour has an Audi: you know you have a technically inferior model, but it gets you from a to b and you’re rather attached to it – in fact, extremely attached to it. Like I said…women tend to accept…because if we were as restless as men, society would probably fall apart.

Furthermore, there are logistical and technical reasons that lead us to downplay the importance of penis size. We are accustomed to non-penetrative masturbation and we love oral sex, so we don’t have to have a guy with a big cock to gain pleasure. We don’t even need a cock. Another factor to remember is that an orgasm can be more powerful if it builds slowly, and a small penis in the right position is perfect for this. Furthermore, in the next chapter, we will talk about the practical steps you can take to satisfy a woman even if you have a dwarven tool.

So, it’s all looking good for stumpy winkles. You can pleasure us, and we don’t base our respect for you on your abilities as a ‘man’ but as a ‘human being.’ However, despite everything I’ve said…there maybe some of you who just aren’t convinced. Maybe you’ve encountered women speaking with such disdain about penile-deficient men that you’re convinced there’s a hardcore of women for whom size really is important…who really would dump you because of your willy-winkle.

What’s the bottom line with respect to relationships and penis size?

I suppose you’re right. But what that percentage is I can’t tell you because I don’t know women like that. My research is based on women I know, and the women I know are women I like and the women I like are not bitches. In other words, why would you care about such women – if they exist – because they would be so shallow and stupid that they would not be worth knowing? And if you live in a world where you agree with her and everything for you is about the body and the physical dimension of human existence, then you are also shallow and stupid.

So, basically, what I’m saying is that no decent woman would care so much about penis size that it overrode all other aspects of a relationship. Naturally, if the offending organ is part of a plethora of bad qualities: bad breath, bad temper, bad attitude etc.… then the offending organ could seal the argument, but the idea that a man could be axed solely because of his tiny cock is absurd. So, yes…there probably are women like that, but would you really want a relationship with one of them?

Is a big penis important for women?

Highly desirable, yes…but we can live with small.

If we lived in a world of mating where you simply fucked people and never talked to them, would you go for a well-hung guy over a human Chihuahua?

Yes. But we don’t live in a world like that…and there’s no way you’d choose a partner who was an asshole with a whopper over a cool guy with a tiddler.

Do we laugh at small penises with our friends?

Yes. But would we agree with a girlfriend who said she was dumping a guy because of his penis? Obviously not.

Do we contemplate your good-looking friend’s packet with envy?

Yes! But you go goggle eyed when you see our hot friends.

Do we still respect you as a man even if you have a small one?

No, because our respect for you is as a human being…not as a ‘man’. We’re primarily interested in how kind, how loyal, how thoughtful and how interesting you are.

In the grand scheme of things…
…Not much.

However, I must admit that I am heavily influenced by my insistence on honesty in sexual relationships. In other words, if my boyfriend has a small penis I let him know…and tell him what he needs to do about it. He then does what he needs to do and we have a good sex life. If a tiny tinker didn’t know or care that he was sparingly hung and the sex was terrible…then the bad sex could have wider implications for the relationship.

Which leads us to the question we will now answer…

How do you satisfy a woman sexually if you have a petite pecker?