Editor’s note 1: If you’ve never encountered the term – ‘crossdreaming’ – then go back a step and understand your impulse towards the feminine. Read this article…

Editor’s note 2: This article is focused on trans readers and forced fem fantasies. If you are looking for a straightforward analysis of ‘sissy sexuality’, jump to the following piece.

No matter how liberal an age we live in, it’s always going to be embarrassing to tell people that you fantasize about feminization. If dealing with that isn’t enough, many crossdreamers also feel shame that these fantasies are not just about feminization, but forced feminization. In such fantasies the subject is forced to dress as a woman and perform sex acts, and is verbally humiliated while doing so.

Upon reaching climax, many crossdreamers feel that such fantasies are disgusting. But post orgasmic guilt isn’t the only negative feeling. For a transgender woman, these fantasies seem to challenge her authenticity as a woman, converting her into a fetishist. Such fantasies also jarr with liberal philosophies such as feminism and LGBT rights (the submissive enjoys being called ‘a dirty whore/sissy’) – causing further discomfort.

The aim of this article is to examine such fantasies and to uncover their cause. By discovering their appeal, we will decide if they have a negative effect on those who indulge them. 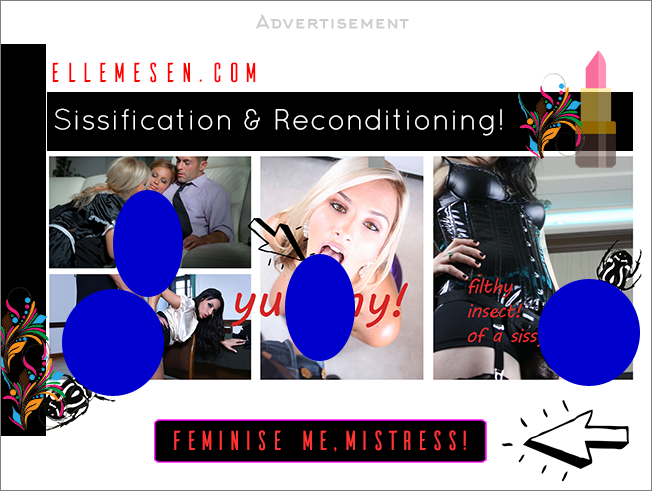 The most important thing to note about forced feminisation is that it is not ‘forced.’ Forced feminisation would be to take a heterosexual male with no crossdressing desires, force him to wear women’s clothes and then perform sex acts on men. That would be truly ‘forced.’

…The answer lies in the way we construct fantasies.

When human beings construct fantasy they pay attention to story and detail. A boy who has a crush on the most beautiful girl in the class will invent a semi-realistic fantasy where she invites him to study at her house and then appears in the bedroom with no clothes. He won’t construct a fantasy where he walks into a strip joint and she’s stripping, catches his eye, and afterwards meets him for a fuck. He goes for the first fantasy because it is…


Being feminized is difficult to attain in reality. This means you have a problem constructing the fantasy because there are few scenarios where it could actually happen. There’s also the chance that shame would make you back out of the fantasy (if you had a chance to fulfill it in reality) at the last minute. So, what’s the solution?

…You’re forced into it.

…being forced to do it.

Surprisingly, therefore, it turns out there’s no psychological mystery. A big part of forced feminisation fantasies is logistical: if it’s forced then it’s more likely to happen, which makes the fantasy more realistic, which makes it more arousing. Almost all fantasies that carry shame and are difficult to execute, will throw up a forced version. It is an intrinsic property of ‘dirty’ fantasies.

Okay, so now we’ve explained the forced part of the fantasy, we need to understand the second dimension you find enjoyable: humiliation

Part 2: Why the humiliation? is now published

Looking for a deeper analysis? Buy the first book in this selection. The Science and Art of Transgender Erotica. It answers many fascinating questions about cross gender fantasy.