…because if we let our guard down for even a minute, we will suffer the erosion of our rights and our dignity and our happiness.

By failing to transition from the Obama era to the Trump era, we have all let our guard down – and this is the main thing we should take away from that revolting spectacle in the senate on Friday. 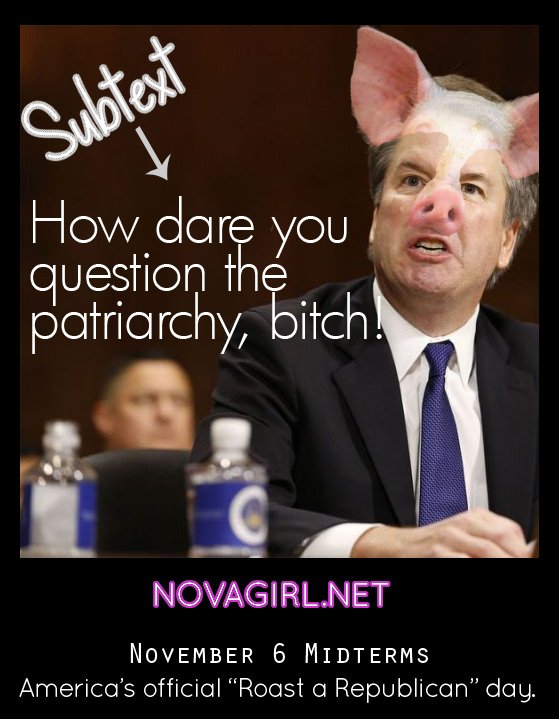 Watching the Republicans ram a supreme court judge down our throat by stomping on all norms of process was the triggering of an alarm. The spewing of patriarchal rage and blubbering that followed was the alarm’s deafening siren. It was warning us of…

And that’s why I say that we’ve failed to transition. In an era where all of the above is happening, it no longer makes sense to focus on transgender rights because the political, social and legal structures from which transgender rights came is being demolished by the Republican party.

Fighting for trans rights at the moment is like staking out your right to an apartment in a high-rise building. After a long battle, you convince the owner and the other tenants to allow you to live there and you’re proud and satisfied of what you achieved. But what you don’t know is that while you’re celebrating victory, there’s a bulldozer on its way from the town-hall to knock down the whole fucking building.

Transgender rights did not pop out of the ether. They grew out of a progressive ecosystem that reached its zenith under Obama. In the Trump era we can continue to fight with predators and opponents within that ecosystem about transgender bathrooms and other local issues, but what we really need to do is ensure the integrity and survival of the whole eco-system.

In other words, my friends, the number one priority for political action in the transgender movement is clear…

…the elimination of the republican party from power.

And now, allow me to rant for a moment…

As Friday showed, the republican party is a degenerate, retrograde party of plundering pigs with no other policy other than the extraction of money from government in order to gift tax cuts to the rich. Not only that, but they are hell bent on the erosion of minority rights and women’s rights and have even fallen so low that they are under the influence of a foreign power. Russia.

Our priority as fighters for transgender rights, therefore, must be to vote these plunder pigs out of power. We need to restore progressive democracy to create a nation where  the transgender right to dignity and happiness is not only respected…

…but actively and positively assisted.