I’ve decided to publish this comment that was posted on my article ‘Are Sissies Transgender?’.

It demonstrates how these monolithic ideas we have about the transgender condition on one hand…and sexually inspired gender-bending on the other…are neither helpful nor representative of reality. 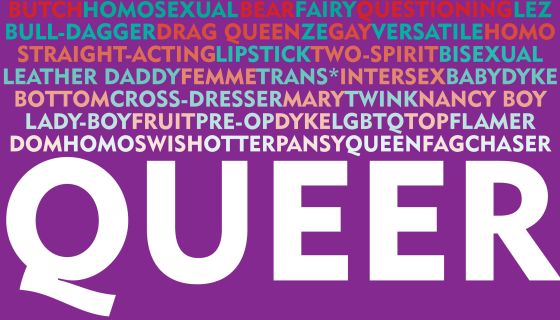 I’m a non-binary person. I experience no dysphoria. I like myself. My body serves me well, and I feel pretty*. So when I started fucking around with my gender under the guidance of a very loving genderqueer partner, I didn’t really know what to think of this journey. From the start gender was wrapped up in sexuality. It was never *forced* femme as a form of degradation but joyfully and enthusiastically received femme. It made me feel expansive, boundless, beautiful, and free. I let myself present in ways I never thought were available to me.

I started seeking information on trans experiences and narratives. This was becoming a dear part of my identity. After having done quire a bit of reading I remember one day, still early on in the process, I stood in front of a mirror and felt myself beginning to dislike what I saw. Then— and I don’t know how I managed this— I said, “No, that is not my story, that is somebody else’s narrative”, and the feeling subsided. Since then I’ve wanted to change things about my appearance, even some large things, but never because I hated what I was, but because it delighted me to know what I could become.

But it hasn’t all been smooth sailing. Because I don’t follow the typical narrative, because I don’t reject wholesale the masculine elements of my personality** I felt unwelcome in queer spaces. I questioned and tore at myself for taking on an identity which was not for me. There was suddenly shame and a sense that I was abusing my privilege by “playing at” these identities {woman, trans?} which are as serious as life and death to so many, including people I love, because for me fucking around with gender brought me joy.

Because I have not suffered in the way some trans people do I am far less in need of support. I’m gonna be okay. I only wish where were more voices out there saying “It’s okay for this to be joyful. It’s okay for this not to hurt. It’s okay for this to be sexy. Your identity is legitimate, and your narrative is valid”. Instead I found the opposite: voices aplenty telling me that my narrative had all the signs of a man with a fetish, and that my encroaching on gender-variant identities was grotesque. Sidenote: A big part of this for me has been that I’ve always seen male sexuality as very base {totally not fair to the men I love whose sexual express in as beautiful as the dawn, but it is what it is}, so this accusation that I was just an entitled pervert cut deep.

The thing is, I don’t feel like I’ve ever been in denial about anything. This, for me, is a choice that makes me happy and makes my life richer. I honestly believe that I could have lived out my days as a queer, weird creature whose pronouns are “he” and I would have been okay. It’s not that I *am* a woman and it’s all just waiting to flood out, it’s that I am more than male. Gender plus. Bonus gender on my gender, yes thank you. The freedom afforded by slipping outside the Standard Narrative has allowed me to explore all this in a way that has been healthy and beautiful for me, knowing that I can present and change myself as much or as little as suits me.

I’ll likely spend a spell on hormones. Perhaps my presentation will one day be more predominantly femme, or maybe I’ll decide I’m happier where I am now. I would have survived as an unusual fella, but my life is so much richer for having gone on this journey, so much more beautiful. It’s a richness I wish more people could experience, and I wonder how many languish in solitude or shame because they don’t fit the handful of narratives we’ve stamped “valid”. Shamed because their sexuality and gender are not separate for them, confined because they don’t feel “out of place” enough to medically transition. It makes my heart ache to think on, and it makes me a little mad, too. You get at this in the article: in many respects I feel like people whose gender and sexuality are not separate have been pushed under the bus in a bid for respectability. I get it. I get why it happened. It still sucks.

Anyway, back to work. Text wall over.

*{though I am inherently somewhat androgynous; maybe I’d have felt differently if I found myself in a more characteristically male body}
**{which is separate from the masculine baggage and problematic behaviors being AMAB often bestows, which I am gradually doing my best to shed}