Combating gender dysphoria without transitioning is a war on three fronts: 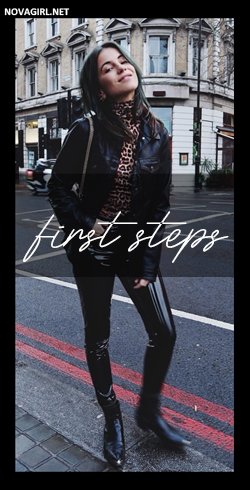 Frequency strategies are based on the idea that your overall mental health has a powerful effect on gender dysphoria, making it either better or worse.

Therefore, you need to identify aspects of your life which obviously aggravate gender dysphoria. If you’re a borderline depressive with no job, no friends and a hell of a lot of time to think, for example, you’re clearly living a life that will intensify your dysphoria.

By using coaching techniques such as life planning, however, you can rebuild your life from the bottom up, treating the depression, getting a good job and investing in new friendships. Thus… by reducing the amount of dysphoria inducing factors in your life you reduce the frequency of attacks.

Complicity strategies look for non-invasive, practical ways to change your body, your style and your habits, to be more in line with your self-identified gender. These strategies can include wardrobe choices, minor surgeries and hair removal, and are based on the idea that there is a happy middle point between full on transition and your biological gender. We call this ‘True-gender.’

These two strategies – frequency and complicity – will be a strong start to your campaign against gender dysphoria, and if you’re interested in exploring them further, then I’d recommend my short but sweet book… How to Jedi mind trick your gender dysphoria.

Today, however, I’d like to talk about the third strategy for dealing with gender dysphoria: establishing a narrative. This is more complicated than the others because whereas frequency and complicity are straightforward and can be applied to everyone, this is deeply personal. You can’t create a blanket narrative for all sufferers of gender dysphoria because different personalities require different narratives.

Despite this difficulty, however, you can’t shy away from the task because your narrative/explanation of why you suffer from gender dysphoria has a profound effect on the trajectory of the disease.

Of course, the first example is the most common narrative out there:  “I am a woman who was born in a man’s body.”

When a transwoman subscribes to the above narrative, transition becomes much more likely because it’s the logical remedy for being stuck in the wrong body. By contrast, a dysphoric who’s into the autogynephilia narrative reduces the likelihood of transition because the desire to be a woman is interpreted as a fetish. I repeat: narrative is a major factor in the trajectory of gender dysphoria.

In fact, I would say that there are very few conditions that are as strongly based on narrative as gender variance. A human becomes outwardly transgender when they finally understand the story of their life. They realize there’s a name for that feeling which’s been with them their whole life; they understand suddenly and completely that the context and character of their life was a lie… and that the true story is that they are of another gender.

This immersion in narrative is usually just the beginning. Examine the blogosphere and you’ll see millions of transgender blogs, tumblrs, instas, websites – all obsessed with the narrative of gender. They constantly examine the causes and significance of their condition and the identity they see as the culmination of that narrative. Look how many famous transwomen such as GIGI change their narrative position on key aspects such as transness and sexuality. As transgender people debate transition, non-transition, detransition and a hundred other issues, they are constantly crafting narrative.

However, before we dive deeper into those trans narratives, let’s consider further just how important narratives are to human beings because, let’s face it, the whole thing sounds totally airy-fairy; I mean… humans are animals of action… does the story you tell yourself about your life really matter?

I think it does. And if you’re sceptical, just think of the way a fundamentalist narrative transforms the experience of a suicide bombing, or how an idea about ‘the master race’ spurred nazi soldiers to gas jews. Walking into a public market and exploding a suicide vest involves your own death and the deaths of innocent people – consequences that no sane person could tolerate; however, if you believe you’re striking a blow for Allah and gaining entrance to eternal paradise the experience is suddenly transformed. Similarly, if you believe in the Aryan master race then killing Jewish men, women and children goes from slaughter to… your duty. That is the power of narrative: it can motivate, it can erase conscience, it can start wars.

Think about that for a moment…

Now, suicide bombing is an extreme example, of course, so let’s look at something a little tamer; like…

Throughout history there have been religious orders demanding celibacy from priests, meaning a life without three of life’s biggest experiences: love, children and sex. How any human can cope with that is hard to imagine because we constantly think of sex and constantly yearn for love. That’s where narrative steps in. The unnatural existence of a life without love and sex is made tolerable by religious narrative; a sexual and romantic void is filled by a story of doing God’s work. Suddenly, an empty life becomes noble, admirable and complete – all because of narrative.

It’s not only religion that furnishes powerful narratives. Think about a man who’s bundled into the back of a car by local gang members, taken to a cell, and tortured for belonging to a rival gang. Let’s face it…there is no solace in the experience. However, imagine the same experience for a spy who’s captured by the enemy. Sure, it’s a nightmare, but he’s got the solace of heroism. He’s helping to liberate his country and this creates a narrative of social value and a battle against tyranny. Does it outweigh the beatings? Probably not… but it gets him through the experience. This scenario illustrates how narrative helps us to cope with physical and emotional pain.

Now, let’s return to the topic of gender dysphoria.