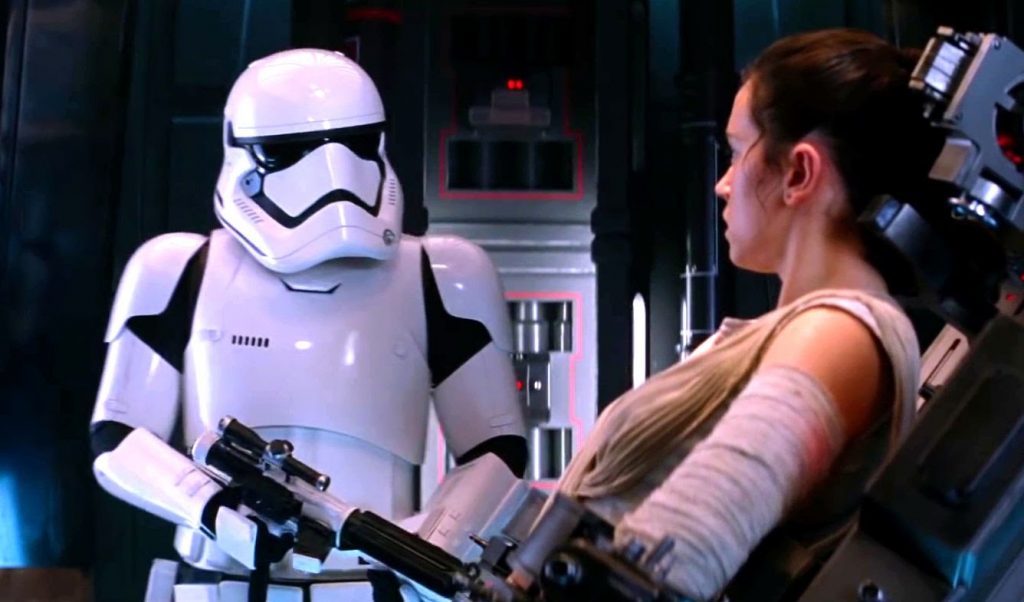 In How to Beat Gender Dysphoria

I’m going to begin our session the way I start all my sessions: with a single slap to the face. Your face.

No doubt you’ll start protesting, but that’s when I’m going to hold up the cover of this book and point to the title. Come on! Didn’t you suspect when you saw the word Jedi that my gender dysphoria treatment was going to be a bit unconventional? And now that you’re starting to see just how unconventional it is, my tone will soften and I’ll explain why I slapped you.

It was to snap you out of the dream. You see, almost every transgender person who seeks me out has lost their fricking mind somewhere in Internetland. This is because a gender awakening leads people to wonder what’s happening to them, so they go to the internet. But while a search for local pizza yields some pretty reliable information, trying to discover your gender identity online leads you to a land where not only the blind lead the blind, but every blind person has their own political party. Whether it’s the LGBT brigade or the religious right, everyone’s got something to say about being transgender and everyone has their own manifesto to ram down your throat.

And that’s the fucked up thing: nobody involved in the debate is actually interested in discovering the truth about the transgender condition…it’s just a series of groups with different religious, political or emotional motives, fighting their corner and waving their flags.

Let’s go through them one by one.

Then you’ve got the detransitioned – reformed transgender people with the sort of excessive zeal the reformed smoker displays. They’re like fresh converts to a religion, and while they have a story to tell, are usually bitter and incapable of being objective. Their zealousness is echoed right across the board where the religious conservatives are only interested in proving the whole thing is wrong, the transfundamentalists that it’s right, the autogynephiliacs that it’s a fetish, and ‘progressive’ health care workers who just want to show the world how progressive they are. Bemused, your average liberal member of the public is left not understanding any of it, just knowing that it’s their job as a liberal to support the disenfranchised minority.

The entire transgender debate is, therefore, completely politicised and subjective: bent towards the interests of specific groups, paying no attention to standard notions of scientific analysis or objectivity. It’s like a post-modern novel filled with different streams of consciousness, each one with its own existential needs.

The lifeblood of this mess is the refusal of all concerned to face up to the most challenging fact we know about the transgender condition: that there are no facts. Sad but true! Scientists do not know if it’s organic or mental or delusional or sexual or social or an act of God himself (or herself.)

There’s not one person on earth who’s formulated a hypothesis about the causes of the transgender condition which has been scientifically proven. Not even close. And history has shown that when homo sapiens cannot provide a reasonable explanation for a phenomenon, we simply invent one. Our capacity for red herrings, tenuous explanations and outright fiction is shown by the fact that the thing that has been most talked about, fought about and written about since the dawn of human history is a being for whom there is absolutely no evidence…
…God.

As God proves, not only do we invent explanations, but while we’re at it, we always make it some irksome, moralising explanation that justifies whatever it is the person giving the explanation, wants. In the case of the transgender debate, each group has created a narrative that justifies their position. Whether it’s the transphobe persecuting gender variant people because ‘this is what God wants,’ or a transwoman transitioning because ‘this is what nature wants’ each group is caught in an endless quest to interpret the transgender phenomena to reflect their agenda.

However, this book is not for people looking to justify a position they’ve already adopted. It’s for people interested in discovering the truth; and once we discover that truth we’re gonna use it as the basis of our gender dysphoria strategy. And that’s why I slapped you: because I need to snap you out of Internetland and all the political and imaginary narratives that spew from it. You need to unconditionally accept the first principle of this book: that no one knows a fucking thing about the origins of the transgender condition, and anytime we do discover something – whether it’s about hormone X or gene Y – it only leads to more questions.
Continue Reading…(Ignore the troll review!)