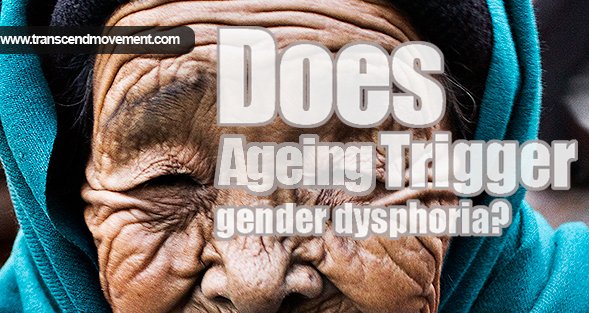 In How to Beat Gender Dysphoria

Is there a relationship between gender dysphoria and the fear of ageing?

While I constantly disagree with Contrapoint’s videos, she often makes some fascinating observations. One thing that caught my interest in a recent video was that her transition was triggered by the first signs of male ageing. Basically, she saw the irrefutable signs that that her biological future was of the man type, and would involve such gender specific treats as balding and hairy ears.

That may sound implausible, because, after all, if you’re a biological male you’ve known your whole life about the biological future nature has in store for you. However, like so many realities of human existence there are two levels of knowing: abstract…and first hand experience. It’s only when you see the tangible signs of that adult male trajectory that it becomes a reality.

I will never forget the day in my late teens when I pulled my hair back to look at a spot on my forehead, and noticed that my straight hairline was not so straight…but showing the early signs of of an angle. It was only a slight recession – completely unnoticeable unless I pulled my hair straight back – but it was deeply shocking.

I’m a paranoid drama queen, so I immediately predicted I’d be bald by 25. Fortunately, I was wrong, and I discovered that it’s almost impossible for a male to not experience some kind of recession. Now I’m just a middle aged guy with a typically dodgy hairline.

However, despite the fact my prediction didn’t come true, it remained a traumatic event that poisoned the well of my deeper female self.

Up to that point, I’d always had a feeling that despite male genitalia – there was something different about me. I subconsciously believed that in my biological contract there was a sub-section 5, paragraph 6 that meant that I’d remain in gender limbo, looking quite feminine forever. But seeing that hairline was a Contrapoint moment where it truly hit home: my biological destiny was male. My relationship with my body changed, and with it came a protoform of gender dysphoria.

When I say ‘poisoned the well’ however, I’m really thinking about the effect that it had on my style decisions. It was pretty much the end of a long career of dressing like a girl and wearing makeup in my leisure time. My neurotic, obsessive mind, would make me think of the male hairline concealed beneath the long hair. As I said…it poisoned the well.

However, although that episode had a powerful effect on me, the full version of gender dysphoria and transgender awakening didn’t happen until my late thirties. Ever since, I’ve been fascinated with the question – why did it happen at that particular age? a question asked by all late onset transsexuals.

Although I’ll never know for certain, it seems that the spectre of ageing was a critical event. Recently divorced, freed from the constraints of constant parenting, and noticing the first flecks of grey, I realized that I was joining the ranks of the middle aged.

Of course, the effect of ageing on this episode wasn’t just physical and anatomical…it was to do with developmental psychology. I was middle aged and full of doubts: who was I?…What had I achieved?…Why did everything about me seem so inauthentic? The well of youth had run dry and I now had to face the reality that some day this was all going to be over…and what would I say about my life in the moments before I die?

All of this makes me think that there’s definitely a link between the fear of ageing and gender dysphoria. Ageing is a universal event in every human life that reveals stark truths about our biological gender and our psychology (our achievements, dreams and aspirations etc.) all of which have a profound effect on transgender psychology.