Is it just me…or are women wearing latex all the time?

Everywhere I go I see women in the street in PVC leggings and leather skirts and vinyl trousers.

Not that I’m complaining!

It does make me think, though (in between my admiring stares) what are the origins of our latex fetish and… why is it such a sexy fabric?

Men are programmed to find the female characteristics of a woman’s body attractive: the hips, the breasts, the bottom and legs. It is no surprise, therefore, that the encasement of these body features is sexy because it emphasises them and captures the attention.

You could reply by pointing out that lycra and metallic fabrics are always tight and therefore the shiny aspect is a subset of ‘tight’. But while tight cotton can be sexy it is much less sexy than shiny fabrics, thus confirming what we already stated: there must be something intrinsically sexy about shiny, and latex – as the shiniest fabric – derives its fetish power from this. 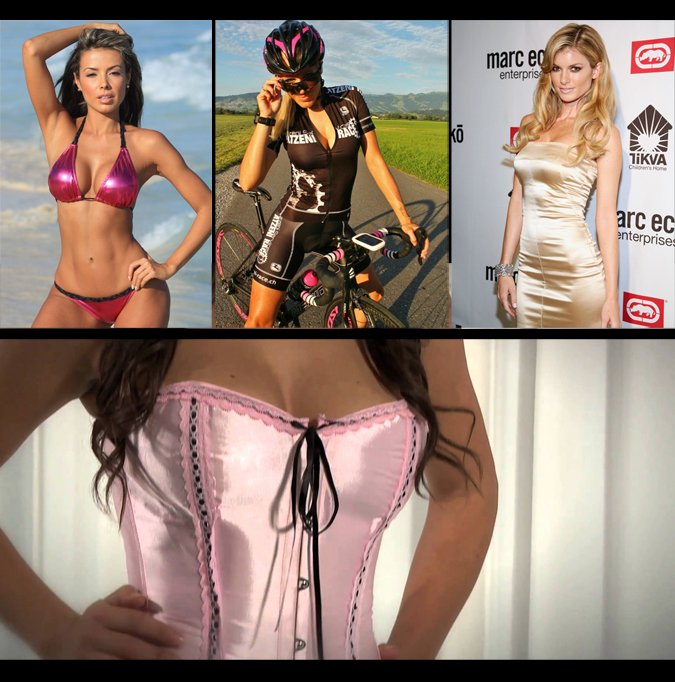 One eccentric explanation is that a shiny latex fetish is connected with the natural phenomenon it most closely resembles: insect armour. The reasoning goes that because people have a deeply held aversion and fear of insects, we have somehow transferred our fear into a sexual buzz. Or maybe we are all secret formicophiliacs (a paraphilia concerned with insects.)

Another possibility stems from infancy. At birth an infant can only detect light and motion, before moving on to faces and large shapes. It could be that shiny clothing is one of the first visual registers of the mother’s presence and thus holds some Freudian eroticism.

My personal feeling is that shiny is connected with strong sensory transmissions.
Just as music and smells activate certain parts of the brain, shiny objects are a powerful stimulant for neural structures connected with vision. When this is activated at the same time as sexual stimulation there is a booster effect.

It has been known since the 1950s that it is possible to make any object sexually attractive (i.e. into a fetish) if it is associated with sex. In a famous experiment, psychologists managed to make a jar of coins sexually stimulating by using classic Pavlovian conditioning.

The origins of the latex fetish are 1) It’s tight 2) It’s shiny 3) By association.