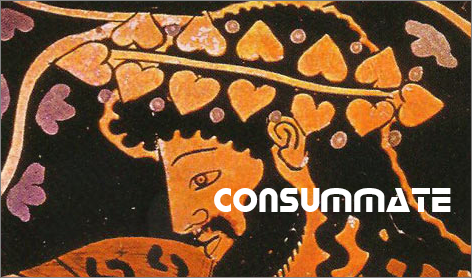 Step 2b of the Fusion Program: Identify in a healthy, realistic direction, and understand that gender change for you should be mostly psychological not physical.

(Sorry, a more accurate title for this article would be… How should a transgender person with moderate gender dysphoria and a femephiliac sexuality identify? As ever, readers should remember that our advice is not suited to early onset transexuals or suffererers of severe gender dysphoria.)

It’s time for a thought experiment. Yes, another one!

I would like you to imagine a different world in which the previously mentioned four year old boy suddenly and unexpectedly presents himself to his family, in a dress. I want you to imagine that the parents are absolutely delighted and immediately call the child’s grandparents and various friends to inform them what’s happened.

And you might well ask… “Why the fuck would they do that?”

Because they know that they’re child was consummate.

‘Consumate’ means, amongst other things, ‘whole’. It is my clumsy, temporary term for that hideous one we promised we wouldn’t mention (transgender). In the future, society has chosen the word ‘consummate’ due to a belief that children with gender variance are more complete than other children. Why? Because they traverse genders. This gives them, especially in adulthood, a perspective which cisgendered people don’t have. It is not that they see things from both the male and the female perspective – because these are just social constructs from the twenty-first century – but they see things differently. It is this difference which gives them an edge in creative projects and people management and it is commonly believed they make good leaders. In order to encourage the developments of these abilities, psychologists recommend to parents of the consummate that they shouldn’t interfere with or try to influence their cross gender behaviour. Curiously, and no one understands why, there is no way of saying in which direction a consummate child will go… some are quite happy to remain in their cisgender, others are visibly androgynous, while some transition towards the other gender.

So, what did you think of our vision of the future?

First, though, I suppose you want me to explain exactly what I mean: a gift.

Well, some people have a gift for negotiating or public speaking. Some people are born with great footballing ability, or are musical, or are good with numbers. Children that are born consummate also have a gift, and if you reply “and what the fuck does it do for them other than make them wear a dress?” I will say… ‘I like your wicked sense of humour’.

I will also say two things for the moment (the rest you must wait until the next steps in our program.)

It is not a gift like Santa brings. It isn’t just left on your doorstep ready to use. It is the same as all gifts. A child may be born with a great musical talent but until you put him in front of an instrument you will never know that talent. The same with football and the same with numbers. Thus, a child who is consummate must come to understand what he is, and he must learn to cultivate and use his gift.

However, there is one difference with this gift compared to that of footballing skill or music or public speaking or any other gift. If the consummate individual doesn’t learn to recognise and use it… it will implode. That implosion is what lies at the root of some cases of gender dysphoria, and it all begins when the individual identifies as a woman instead of what he is: consummate.

When you identify incorrectly you take a gift that is meant to enrich your life – your skills, your creativity and your relationships –  and channel it into a project based on external gender. What’s really happening, though, is internal: you have not assimilated your deeper female self and the result is that pathology enters your being. It could be depression or addiction or failure or boredom or gender dysphoria or a hundred and one other symptoms, but it is caused by emptiness inside. Quite literally 50% of you is missing.

The fifty percent that needs to be incorporated has nothing to do with presenting as a woman; it is about personal growth and rethinking what you have to offer the world. You shouldn’t be thinking of adding hormones and clothes and mannerisms, but adding the deeper female self to your behaviour and lifestyle and emotions. It’s not about changing your body, it’s about changing your life.

Once you assimilate those four points above you will identify in a way that is healthy and useful and viable: FUSION. This is unlike transition which, as well as achieving poor results, puts the individual at loggerheads with numerous biological and social and economic obstacles. I cannot stress enough how important identity is… it is a power source of the psyche (why do you think transsexuals and crossdreamers spend so much time quibbling over terminology and obsessively debating all aspects of their condition? They are searching for identity.) It is deeply important to the human being.

Therefore, as it’s so important, the fact you have moved towards a much more realistic and healthy self-identification, means you have already gone a long way to achieving fusion.