3) An interest in sexual fantasies where both of you are somehow involved with another man.

5) A strong desire to have chest/nipples and anus played with.

(Please note that all these sexual behaviors are features of other, unrelated sexual profiles and even if he ticked all of these boxes it would not necessarily mean he was transgender).

1) A high degree of empathy for women and stated belief that they are the superior sex.

2) An unusual degree of interest in female fashion/makeup/lifestyle.

3) A preference for female company.

(Please note that all these behaviors are features of other, unrelated personality profiles and even if he ticked all of these boxes it would not necessarily mean he was transgender).

Is my husband a transvestite?

There really isn’t such a thing as a transvestite…it’s an old fashioned term that misunderstands what’s truly motivating the crossdresser.

A man who is wearing female clothing for sexual pleasure is a crossdreamer (also known in pornographic culture as a ‘sissy’ or ‘autogynephiliac’). The definition of a crossdreamer is a man who gets turned on at the idea of being a woman. In other words…he doesn’t have a fetish for women’s clothing per se but a fetish for being a woman. The clothes help him to carry out his fantasy. (The ironic things is (if you’re a wife reading this) he may not even know this because very few people know about crossdreaming. Many men think they are indeed ‘transvestites’. Therefore, you now know more than him about his sexuality.)

However, it is extremely controversial to say that he has a ‘fetish’ for being a woman. Some sexologists and gender theorists believe that this form of sexuality is a milder form of transgender condition which – though mostly sexual – does indicate some deeper strain of femininity.

The most important thing you need to know, though, is that men who are into crossdreaming and crossdressing are almost always heterosexual (despite some of their fruitier fantasies) and never need to live as women the way a true transgender woman would have to. They can be just as ‘manly’ as any other man.

However, if you choose to allow him some opportunity to express this sexual behaviour, make sure that you strike a deal where a certain amount of times he has to give you the sex you want. If you allow a sexual crossdresser to fulfill their fantasies they will start to want it all the time. Remind them that sometimes you need a good old fashioned man (if that’s what you want.)

Is my husband transgender?

This is a different kettle of fish entirely because if your husband is transgender it means he believes he is a woman and he will therefore experience a desperate and compelling need to live as a woman. He may be able to resist this need, but it will take considerable effort and a certain degree of sacrifice.

Therefore, if you discover, for example, that your husband is wearing your clothes…there are three possible explanations.

This means, therefore, that you need to stop looking for signs he’s transgender or transvestite or trans curious and straight out ask him the following question in a loving and understanding tone…

That is the only way you will know for sure what’s going on.

(p.s. If it turns out that he does have transgender leanings but – for your sake – he wants to continue living as a man, then I recommend he reads the following books. They are about living with intense transgender feelings while living as a happy, healthy male.)

E-mail me for advice.: felixconrad45@gmail.com (Click on image below for another article). 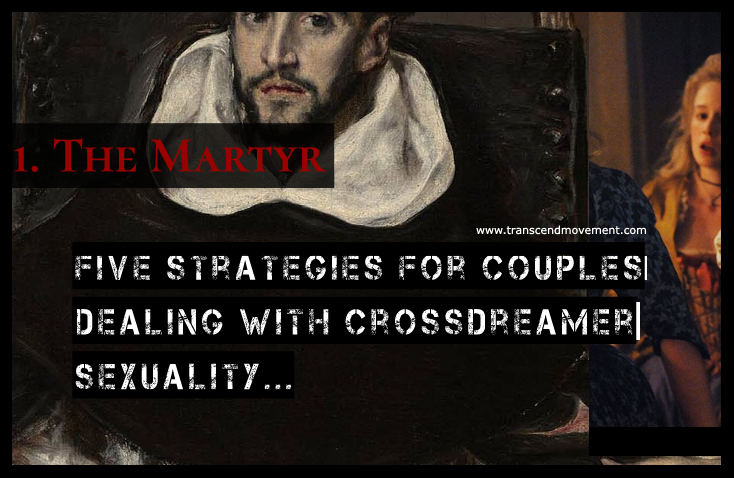