Although we do not know the exact cause of the transgender condition, it is thought that just as there are intersex people, the transgender person is born with a neurological component – related with gender – of the opposite sex. This means that although they have the body of a male, for example, they feel that they are female. This feeling is so pronounced that they suffer a deep aversion to their body and a persistent desire to change it.

Just as psychologists used to describe homosexuality as an illness that could be cured, some psychiatrists have tried to describe the transgender condition as a delusion/mental illness, and tried to cure it. However, this strategy hasn’t worked, and the accepted treatment for the depression of severe gender dysphoria is to help the individual live as the gender they identify with. As an aid to this, and in recognition of the authenticity of their condition, the human concept of gender has been broadened to include the way the individual sees their own gender, rather than genitalia at birth. The consequence of this is that a trans-woman is a woman and a trans-man is a man.

In this essay I will explore the issues involved in broadening our definition of gender and explain why those who object to it, while seemingly offering scientific or religious objections, are actually motivated by transphobia.

Is a transwoman… a woman?

…Are we going to include, tolerate, help and protect?

Not surprisingly, I would choose the latter.

Since humanity escaped the dark ages and entered the enlightenment, we have moved steadily towards a society of inclusion, equality and tolerance. There have been bumps along the way and we still have a long way to go, but in a humane society it is the job of lawmakers and responsible citizens to go through every sector of society and do what it can to improve the material well being, health and status of that community. This is especially important in the case of minority groups who suffer discrimination on the grounds of race, sexuality, gender or belief. We do this primarily because it’s the right thing to do (and what separates us from the medieval backward hater societies) but because an empowered minority free from repression becomes more economically productive, and that is better for society as a whole. 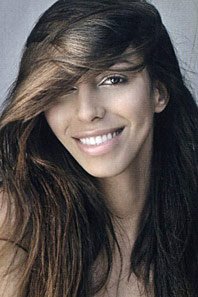 Now, in 2015, we are finally focusing this project of equality on the transgender community – long discriminated against, with high rates of addiction, depression, suicide, and poor employment prospects. So, what do we do? We engage them in dialogue, we talk to experts and we see what we can do to help. One of the first things we discover is that simply by recognising their condition and recognising their right to express their self identified gender legally and socially… we can help. In other words, they are simply asking that we broaden our concept of gender.

Now, can someone please explain why we would not do this? It is the best thing to do rationally, emotionally and medically… so why would someone try to deny a concept of gender that takes into account transgender psychology? I will tell you the reason… it’s simple: hate, spite, transphobia. There really is no other explanation, and I will definitively prove this with a brief thought experiment.

Imagine four people who all live on the same street: Mr. Oddball Minority, Mr. Caring Responsible citizen, Mr. Regular Guy, and Mr. Backward Medieval Hater. Each of their houses has a name with a long history that predates them, is registered in the town hall, and can only be changed if all four residents agree. All his life, Oddball has wanted to change the name of his house from house A to house X… and, although no one can understand why, it is incredibly important to him that this happen. In fact, it’s so important that he begins to get serious depression, is off work and has suicidal tendencies.

In an effort to understand, Caring and Regular do some research and discover that in fact, there is a corresponding condition long recognised by experts, and that the only cure is to let them change the name of their house. Furthermore, there is a theory which can’t be proven or disproven that house A was once called house X. Although Caring and Regular like the current name they realise that it doesn’t mean so much to them, and that if they can make Oddball well again (and back to being a productive member of society) simply by changing the name, they’ll do it.

Of course, Mr. Backward Medieval Hater tells everyone in the community that it has nothing to do with his long track record as a hater… it is the PRINCIPLE. There is no empirical evidence that the house was once called X… only a theory ….. and if people can start changing the names of their houses will-nilly then everyone will start doing it… it will be anarchy, and is just further proof that society is falling apart. But of course, this is not true… he is clearly motivated by hate and I will explain this by the simple rules of exchange.

If Backward concedes the name change… he has the mild annoyance of the new name… but he will cure Oddball – thus making him happy and returning him to productivity.

If Backward denies the name change… he receives the minor satisfaction of the same name… but contributes to Oddball’s continuing sickness and keeps him an unproductive member of the community.

It makes no sense for anyone with an ounce of concern for the community’s well being and productivity to deny the vote: it is irrational. Why would Backward vote like that when he gains so little?

The answer is that he in fact gains a lot. His motive is hate, and denying Oddball what he wants gives him immense satisfaction. 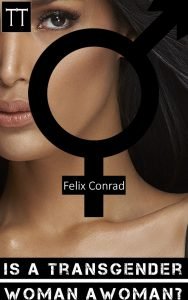